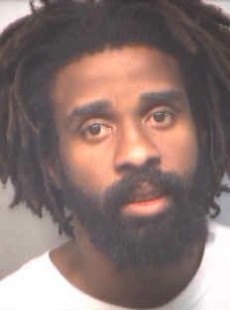 Edwin Troy Causey (photo) was arrested in the gym's locker room on Nov. 4, 2011 after he masturbated in front of Charlie Stadtlander and rubbed his penis on him in the bathroom. Causey was also accused of rolling around on the locker room floor nude before police arrived. On Monday, Causey pleaded guilty to public indecency during a hearing before Fulton State Court Judge Susan Edlein. He faced charges of public indecency and simple battery.

The judge sentenced Causey to serve 30 days of a 12-month sentence in jail with the remainder on probation, 100 hours of community service and sexual deviancy evaluation and treatment. Edlein also ordered Causey to have no contact with the victim and not return to LA Fitness.

“I turned around and looked and [Causey] was basically jerking off and watching himself in the mirror,” Stadtlander told Project Q Atlanta after the incident. “At that point I decided to get out of the bathroom. I was trying not to make a scene. I started to back up and he walked up pretty quickly to the urinal next me and he didn’t say anything to me and he grabs my leg. I started trying to push him off and he started thrusting himself on my leg. I pushed him off of me and I went and locked myself in one of the stalls.”

A police report said that Causey “rubbed his penis against” Stadtlander, who says he waited until Causey left the bathroom before he entered the locker room to grab his workout bag and cellphone to call police.

On Monday, Stadtlander described Causey's sentence as “quite severe, yet extremely appropriate.”

“I'm glad to have this behind me, yet more relieved that the perp is back in jail and received a harsh, yet fair sentence,” he said.

After his arrest Causey, who was 29 years old at the time, spent six days in the Fulton County Jail before being released on $1,000 bond.