Man leaves puppy in LA Fitness locker while he works out 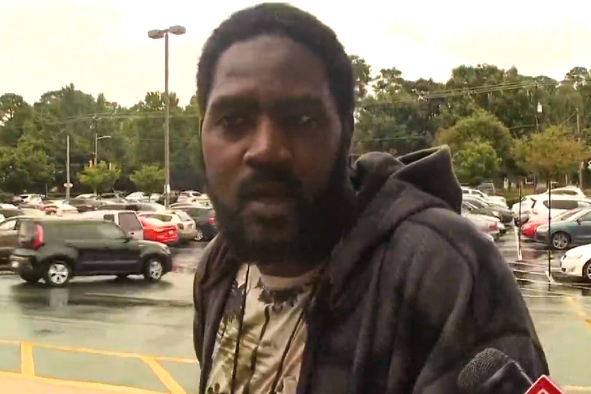 Atlanta police cited a man for animal cruelty after gym-goers at LA Fitness at Ansley Mall heard his puppy barking – from inside the locker where he left the dog while he worked out.

The incident occurred Wednesday at the Midtown gym — a popular one among LGBTQ Atlantans who lift.

A customer alerted the gym manager about “a loud barking noise” coming from a locker in the men’s locker room, according to an Atlanta police incident report. The puppy was tucked inside the locker with food, water and toys. LA Fitness employees removed her within 10 minutes of the noise being reported, 11Alive reported.

The manager then called police.

The dog’s owner – identified in the police report only as “Mr. Roberson” – said he was at the gym to sign up for a 10-day workout trial when he came in with his puppy.

“Mr. Roberson stated he proceed [sic] to walk around the gym and thought he should place his puppy in the locker in the men [sic] locker room to continue to walk around in the gym area,” the incident report stated.

11Alive caught up with Roberson (top photo) as he was leaving the gym.

“My dog was taken care of — I took care of my dog — and it was just a misunderstanding,” Roberson said.

“I put it in there in a comfortable situation. I didn’t just throw her in there and then just left her. I made sure it was comfortable,” he added.

Police issued Roberson a citation for cruelty to animals and he was allowed to leave with the dog.

“It doesn't matter how it looks, I can't help that, you know, the situation towards factual and what really occurred instead of just something that another person just looked to hear or see,” Roberson told 11Alive.