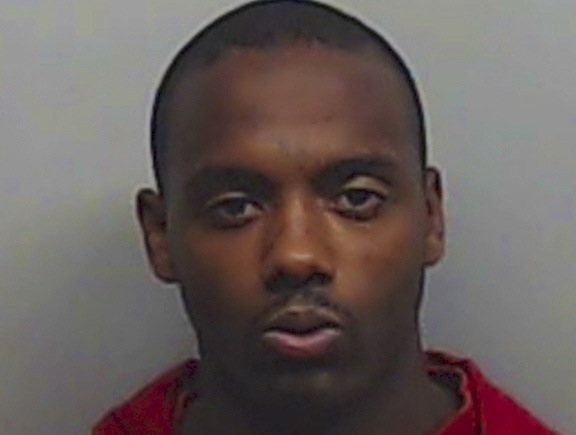 A 24-year-old man received two life sentences for the execution-style killings of two men celebrating Atlanta Black Gay Pride after he befriended one only to hours later rob him and a friend and shoot them both.

A fugitive squad arrested on April 23, 2012, some 10 days after Atlanta police detectives filed a warrant for his arrest. He was arrested after a positive identification in a photo line-up, according to the Fulton District Attorney's office. In April 2011, Atlanta police released a sketch of a suspect and offered a $2,000 reward for information in the case.

Blizzard was a Georgia State student and shared a townhome in southeast Atlanta with his cousin. Streater was visiting from North Carolina and staying at the residence. Both men were celebrating Black Gay Pride.

Prosecutors said Streater met Burden at a nearby convenience store earlier on Sept. 5 and invited him back to the townhouse. Burden returned later that night and executed both men before robbing them:

Streater’s body was discovered in a rear bedroom with a gunshot wound to the side of the head. The victim, who was visiting town from North Carolina to celebrate Black Gay Pride weekend with friends, was resting before going out for the night. Samuel Blizzard’s body was discovered in the front room slumped over the sofa.  He was forced to kneel before being shot in the back of the head.

Though it took Atlanta police more than 18 months to make arrest Burden, prosecutors said he was briefly detained by homeowners in a nearby subdivision concerned that he was “lurking on their property.” He fled but left behind a treasure trove of evidence linking him to the double murder:

When police arrived, Burden fled the scene leaving behind a bag containing a laptop which police later determined was stolen from victim Samuel Blizzard. The bag also contained a gun which was later determined to be the murder weapon. DNA from a cigarette butt at the murder scene also linked Burden to the crime. He was arrested following a positive identification in a photographic line-up.