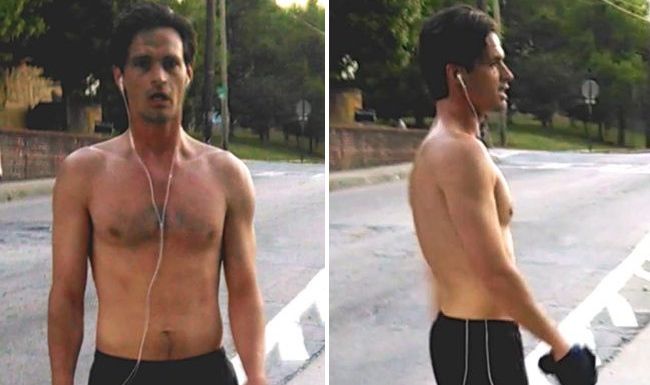 WATCH | Surveillance video of the attack

A 25-year-old man was attacked, punched and called anti-gay slurs during a confrontation as he cycled on the Atlanta BeltLine's Eastside Trail, leaving him bloodied and needing stitches.

Quinn Alexander Chrzan (second photo) told Atlanta police that as he cycled on the Beltline shortly before 9 p.m. on May 23, pedestrian and bicycle traffic caused him to make a sudden stop just behind a man on the trail. When the man turned around, he became aggressive and yelled, "I know you saw me there faggot," according to a police incident report.

The two men continued south on the Beltline and as Chrzan neared the trail's end at Irwin Street, close to his apartment, he noticed the man again. He approached the man and told him he shouldn't use homophobic slurs. Chrzan, in an interview with Project Q Atlanta, said he isn't gay.

"A lot of my friends are gay and using that kind of language is not OK," Chrzan said. 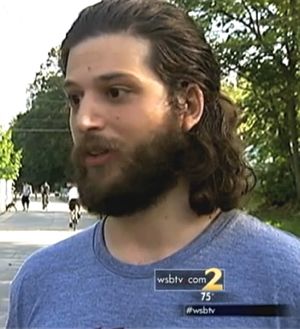 The suspect responded by telling Chrzan, "I don't give a shit, I'm not going to apologize" and then turned to continue jogging, according to the incident report. Chrzan said he then followed the man from a distance of 30 or 40 feet so he could take a photo of the suspect with his phone. Chrzan ended up recording a video of the suspect, who charged him to confront him.

The suspect then attacked Chrzan, making him fall from his bike into a wall, which sliced open his right hand and required six stitches. Chrzan said he was pinned against the wall and his bike, and the suspect repeatedly punched him in the face, head and upper body, according to the incident report.

"He ended up stopping [jogging] and saw me and confronted me. He kept calling me faggot. I asked him not to use homophobic slurs and he pushed me off my bike into a wall. He just whaled on my face for like 15 or 20 seconds," Chrzan said.

After the attack, the suspect fled. But several people stopped to help him and call police, Chrzan said.

Police said the suspect is a white male in his early 30's with black hair, 6' 2" and a slim build. He wasn't wearing a shirt at the time of the incident, but did have on black shorts and running shoes with some neon green coloring.

The video Chrzan captured with his phone was turned over to police investigators, who released images of the suspect (top and bottom photos). One of the agency's LGBT liaisons was also notified of the incident.

UPDATE | WSB reports that the incident was also captured on Atlanta police surveilance cameras and cameras at a nearby bike shop.

Anyone with information about this case should contact Crime Stoppers Atlanta. 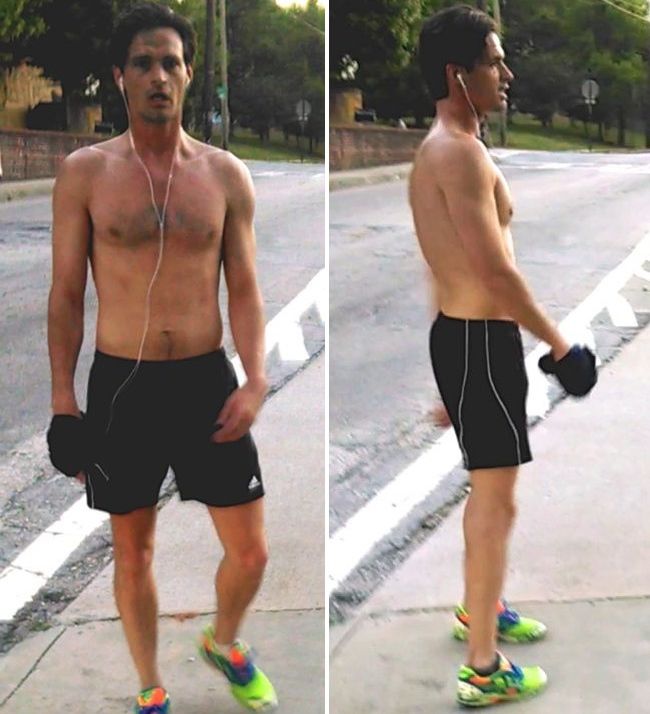