Make this Atlanta singer your next gay pop icon 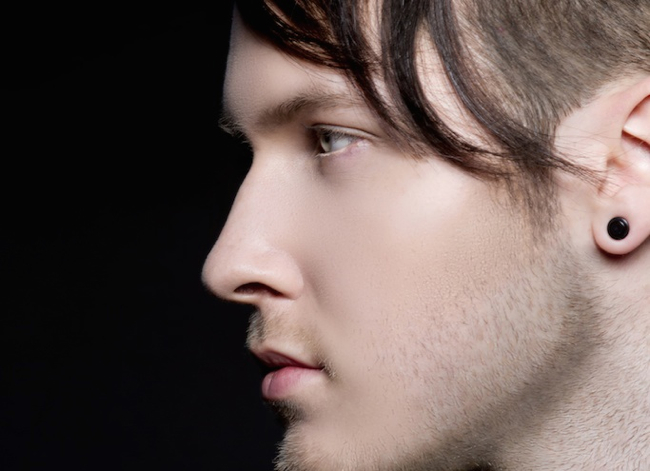 Can you feel the “Gravity”? You’re about to get pulled in. If you haven’t been caught in gay singer Norwood’s orbit yet, let yourself be drawn into helping make the video happen for his new single. You can even get in on helping causes near and dear to the LGBT-ATL's heart.

Norwood is already making a mark in the music world with soulful dance-pop. With a style he calls a mix between Lady Gaga and Justin Timberlake, he’s opened for BB King, serenaded Braves fans in a pre-game show, a pre-Emmys party in L.A., and graced all three holiday lineups at Lenox Square’s Peach Drop, tree lighting and July Fourth fireworks.

“Music is the universal language of love,” Norwood tells Project Q. “Music is magical. It can make you cry, or make you dance. For me, music is able to express what would otherwise be inexpressible just using words.”

The Lawrenceville native has already released eight songs with plans for more, but it’s as spokesperson for the Boys & Girls Club’s “Text with Respect” campaign that Norwood’s true colors begin to really show. And that's just the tip of the philanthropic iceberg.

“My best work is yet to come as I want to continue to climb higher in my career so I can bring awareness to causes that are very close to my heart: homelessness, LGBT rights, the environment, animals and mental illness,” he says. “Releasing the ‘Gravity’ video nationally will give me a bigger voice to help make positive change in the world.”

“Gravity” is a catchy, danceable ode to the pull between two loves, and it will be a video too if donors help raise $4,000 in Norwood’s Indiegogo campaign. That’s where you come in. Get a taste of Norwood’s personality, his vision and the song in the video pitch above. He’s pledging all of the Indiegogo funds raised over and above his $4,000 goal to Lost N Found Youth, the local volunteer organization that helps get Atlanta’s homeless LGBT youth off the street.

“We will use this video and have a concert and other opportunities in the works to raise awareness and funds to help with the wonderful work they’re doing,” Norwood adds. “The ‘Gravity’ video will have two big surprises that have never been done in a music video before which will have a very positive impact on the LGBT community.”

How’s that for a tease? If you become a donor, perks for helping out at various levels include a spot in the video, a day with Norwood at Six Flags, a private concert, access to behind-the-scenes content, limited edition merchandise and digital downloads. Even if you can't donate, your help spreading the word would be invaluable, Norwood says.

Not bad, but how about some in-person action? Norwood does high-energy, big-production shows, but he also likes more intimate shows, he says. A little of both can be expected when Norwood hits gay Atlanta right in its heart. The annual Red Dress Party brings scores of masked red-dressed patrons with the Atlanta Sisters of Perpetual Indulgence and a mini Norwood concert to benefit Positive Impact and its MISTER Center. Red Dress Party: Masquerade En Rouge is set for Sept. 20 at Amsterdam.