Madonna brings the marys out to Mary’s [photos] 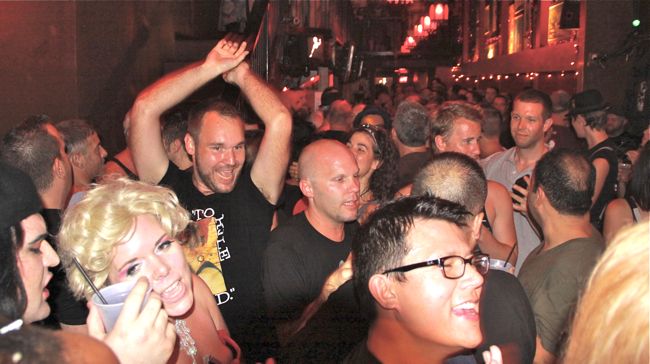 When Madge blows out another set of birthday candles, the gays party like it’s their own celebration. Saturday was no exception as Mary’s held its annual homage to the entertainment queen.

The East Atlanta bar celebrated with its Madonna Rama party and packed the house with fans of the diva, offering up its special brand of nightlife entertainment to keep the right vibe all night.

And as you’d expect from any themed night at Mary’s, some in the crowd crafted their own personal tributes to Madonna with special costumes.

Thanks to practically every gay dude in Atlanta for coming out to Madonna-Rama (aka Madonna-Sauna) last night! It was one for the record books! Also, we were in no way responsible for the collapse of the 17th St Bridge. (although I did see a rowdy group of bears piling into a van headed for Atlantic Station. Just sayin’)

Not quite finished with paying your respects to the 53-year-old iconic entertainer? Enjoy photos from last year’s Madonna Rama at Mary’s, or make a run to Wednesday night’s special Madonna’s Birthday Bingo with Ruby Redd and the Armorettes at Mellow Mushroom.