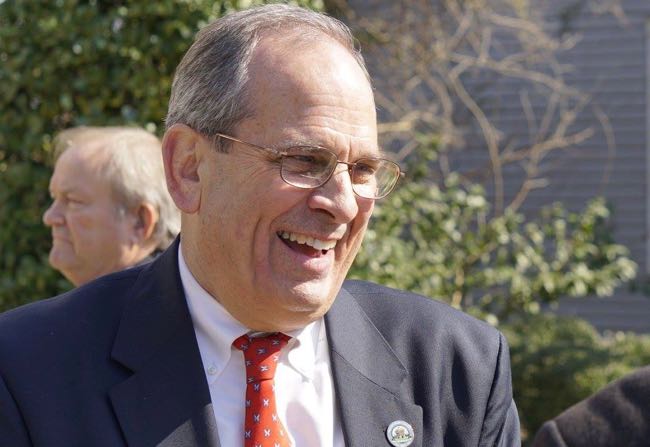 The Macon-Bibb County Commission on Tuesday called on state lawmakers to pass an LGBT-inclusive civil rights bill and showed support for expanding the county's non-discrimination code.

The 5-4 vote in favor of the resolution came ahead of the March on Macon set for Saturday. That event – which includes a rally, march and candlelight vigil – is organized as a public show of support for Senate Bill 119. The “historic” measure would protect LGBT people and others from discrimination in housing, employment and public accommodations. A similar measure, House Bill 488, has been introduced in the state House.

What the resolution says:

WHEREAS, SB 119 has been introduced in the Georgia State Senate and represents sweeping non-discrimination legislation that ensures members of the LBGT community do not continue to face discrimination in employment, housing and public accommodations in the state of Georgia; and

WHEREAS, the March on Macon, a public demonstration/civic engagement event will be held in Macon on Saturday, March 11th at 5:00 p.m. to rally support for SB 119 as well as expansion of anti-discrimination language in the Macon-Bibb Code of Ordinances; and

WHEREAS, the event’s purpose is to facilitate conversation between the local community and their representatives;

Jones said he objected to the measure over concerns about transgender issues, according to the Macon Telegraph.

Jones said his concerns were about the impact of someone using a public bathroom that was different from the gender on their birth certificates.

“This impacts our children, our teenagers, our mothers, our grandmothers in a negative, compromising way,” Jones said.

The ACLU of Georgia applauded the commission for “taking a stand against discrimination.”

“This resolution sends a strong statement about Macon’s commitment to diversity, inclusion and protecting the civil rights of all its residents,” Executive Director Andrea Young said in a prepared statement.

“With progress on comprehensive nondiscrimination stalled in the General Assembly, local communities have a vital role to play in making sure that all Georgians are treated equally under the law – no matter what they look like, what they believe, or who they love.  We encourage municipalities around the state to follow Macon’s lead and take a stand against discrimination in all of its forms,” she added.

The ACLU of Georgia has also urged lawmakers to pass the civil rights legislation.

The March on Macon kicks off at 5 p.m. at Coleman Hill on Spring Street.