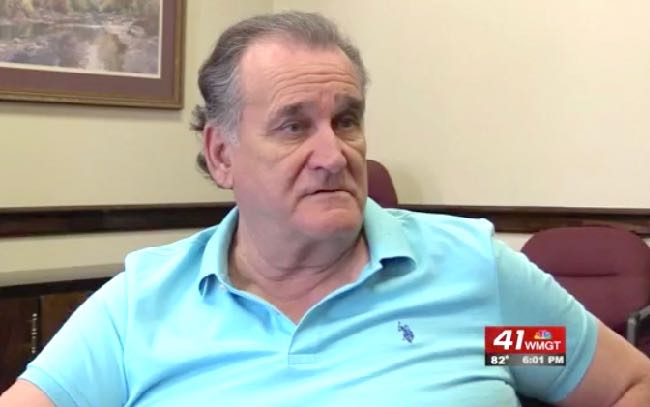 The Macon-Bibb County Commission voted to extend employment protections to LGBT county workers on Tuesday, despite opposition from pastors and some elected officials.

The 6-3 vote on Tuesday capped a weeks-long process by adding “sexual orientation” and “gender identity” as protected classes to a county ordinance that prohibits discrimination in its hiring and promotions. The ordinance already protected county employees based on sex, race, religion, national origin, age and political purposes.

A large crowd packed the commission meeting on Tuesday for the final vote. Two weeks earlier, on April 18, commissioners approved the LGBT protections in a similar 6-3 vote. Changes to the county charter require two votes.

Proponents of the expanded protections applauded the commission vote. Via WMGT:

The county now joins more than 60 jurisdictions across Georgia that offer protections to LGBT people, though only about a dozen include “gender identity.” Last year Sandy Springs – the seventh largest city in Georgia – expanded its non-discrimination policy to include LGBT people.

The expanded policy in Macon did not come without controversy. Conservative pastors rallied against the measure, which grew out of a March resolution from commissioners urging state lawmakers to pass statewide protections for LGBT people.

“Number one it’s already on the books,” said Allen. “We don’t discriminate in Bibb County.”

Allen’s experience with Macon goes way back to his firefighting days.

“We had individuals that were close to what they were talking about–we had gays, we had bisexuals, we never treated them any differently that we treated anyone else,” said Allen.

Religious leaders amped up their rhetoric to battle the ordinance, arguing that it would “demonize” people who don't support protections for LGBT people. Via WGXA:

“As Commissioner Shepherd has researched, there has been no complaints of discrimination based on sexual orientation or gender identification in the history of our city and its hiring practices,” said Brad Marchman, a local pastor.

“And we have a statement that speaks against discrimination that is sufficient. This amendment is part of a greater push that has been moving in our nation for many years that seeks to demonize anyone who holds a position different form one of the LGBTQ community.”

Tim McCoy, pastor at Ingleside Baptist Church, warned during the April 18 commission meeting that the ordinance would hurt children. Via WMAZ:

A week earlier, at a county commission work session, McCoy pleaded with commissioners to reject the measure and questioned the need for it as he mocked the LGBT protections.

He also criticized the ordinance for attacking Judeo-Christian values.

“The unintended consequence may be that it will teach that the Judeo-Christian worldview is not only false but discriminatory and rooted in animus. It will impose a new orthodoxy concerning human sexuality by punishing dissent and treating as irrational and unjust or even bigoted those like me who hold traditional Judeo Christian values related to marriage,” McCoy said.

UPDATE | Georgia Equality praised the ordinance as a “huge step” to bracing the county's LGBT residents.

Last night, by a vote of 6-3, the Macon-Bibb County Board of Commissioners voted to pass an ordinance that adds sexual orientation and gender identity to the list of classes that are protected within the county’s employment policies. With last night’s vote Macon-Bibb joins the likes of Athens-Clark, Savannah, Atlanta and sixty other Georgia municipalities that protect their employees from discrimination based on their sexual orientation or gender identity.

Georgia Equality’s executive director Jeff Graham said “The Macon-Bibb Commission has taken a huge first step toward making sure that their LGBT residents feel accepted and embraced in their community. We know that non-discrimination policies are good for business, so I and the rest of the team at Georgia Equality applaud Macon-Bibb for doing what is right.” Graham went on to say, “Georgia Equality has been proud to work toward tonight’s vote by supporting many local advocates in Macon including Bentley Hudgins, Demarcus Beckham,  Terry Hatley and the members of the grassroots group Georgia Women (and those who stand with us). Their drive on this issue has been critically important, and we look forward to continuing to work with them in the future.”

Macon based advocate, and Senior at Mercer University, Bentley Hudgins said “I, along with the overwhelming majority of this community, will not stop. We refuse to stop until our community has arrived at that destination called Justice.”

The ordinance was authored by Commissioner Larry Schlesinger who had this to say after the vote, “Tonight the Macon-Bibb County Commission made the statement that we are a progressive, embracing community and I think that it is a message that is sent out throughout the state in terms of who we are and what direction we are going in.”