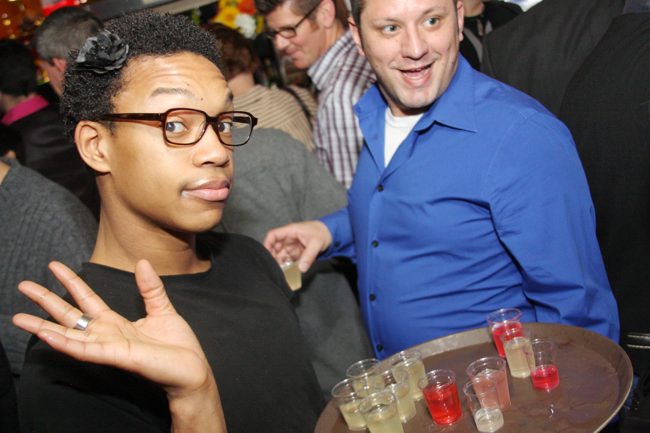 Who doesn’t want some lust to go with their Valentine’s Day? We do! We do! So wewent trolling and came across some lusty folks courtesy the people who anoint Atlanta’s lusty folks each and every year. Just one of the 10 members of Creative Loafing’s Lust List is gay, which seems a little low for the Loaf's readership but about right if you buy into the gay 10 percent rule. Surprisingly on this, the Loaf’s 10th annual Lust List, the gay isn’t sexy hair burner Dirk. (He’s straight despite the constant queries from customers.) The gay lusty is Jason (photo), a 25-year-old server at Gilbert’s Café. Sorry ladies, there’s no lesbian to lust after this time around. (Don Lemon, CNN’s sexy Atlanta-based anchor, was named the city’s hottest male star.) But back to Jason: He’s newly single yet fun with some sass and self-deprecation.

Is there a drawback to being attractive??I guess I just found out I was attractive today. As a newly anointed attractive person, I don't think you should base so much purely on physicality. But you can't be like stupid ugly. Ugh, that was really mean. I'm just saying it shouldn't matter only about the physical. Just don't take a book by its cover.

Yes, I've stalked someone on Facebook. We all do it, though. I'm not one of those crazy obsessive stalkers, but when you're just getting to know somebody you're like, "What do they do, what are they into?" Everyone does it and don't lie, so I'm just up front.

But he won’t steal a friend’s boyfriend.

Never. I wouldn't do that. Besties before testes.