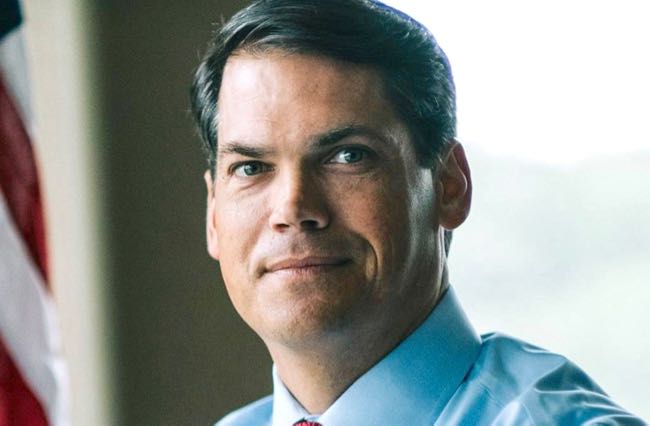 Lt. Gov. Geoff Duncan broke his silence on a hate crimes law in Georgia. He supports the legislation, but he called for significant changes to a measure that’s already passed the state House.

Duncan, in a brief statement issued Friday, said a hate crimes law would “make it clear that Georgians will not stand for hate and violence.”

“This is an important piece of legislation to get right,” Duncan said.

But Duncan – who leads the state Senate where an LGBTQ-inclusive hate crimes bill stalled in 2019 – said he wants changes to the legislation so it includes civil court remedies for victims of hate crimes and improved training for law enforcement to better track hate crimes.

“As we work through this legislation, we want to make sure that victims of hate crimes have certain tools at their disposal. Victims of bias-motivated violence should have recourse in civil court – I want to ensure that victims have a remedy for the rights they hold as Georgians,” Duncan (photo) said.

“And in our communities, state and local law enforcement officials need to have the proper training at their disposal in order to correctly identify, investigate, and prosecute hate crimes,” he added.

The state Senate Judiciary Committee is expected to consider the hate crimes measure when lawmakers reconvene their session in mid June. The state House passed H.B. 426 – sponsored by Republican state Rep. Chuck Efstration – in a 96 to 64 vote in March 2019. Then state Sen. Jesse Stone, chair of the Judiciary Committee, killed the measure.

The bill would impose heightened penalties for crimes committed “because of the individual’s belief or perception” regarding the victim’s sexual orientation, gender, race, color, religion, national origin, mental disability or physical disability. It does not include gender identity as a protected class, but supporters of the bill said the inclusion of “belief or perception” would allow it to cover transgender people.

Duncan said he wants lawmakers to address his concerns about civil recourse and training for law enforcement as the measure is considered in the coming weeks.

“As we work through the legislation with the Senate Judiciary Committee, these are some of the specific details we will look to address,” Duncan said.

A review by Project Q Atlanta of hate crimes reported to law enforcement showed that Georgia agencies often have trouble correctly tracking hate crimes and fall way behind the national average in reporting the incidents to the FBI, which tracks hate crimes in the U.S. Efstration’s hate crimes bill does not include any requirements that law enforcement agencies track and report hate crimes to the GBI or FBI.

On Sunday, House Speaker David Ralston continued his calls for the Senate to pass the hate crimes law. He cited the death of George Floyd while in the custody of Minneapolis police as another reason Georgia needs a hate crimes law, according to the AJC.

“I’m a strong supporter of law enforcement and will continue to be. But we have to take another look at these issues,” Ralston said. “I’m more committed to a hate crimes law than ever. Georgia is better than this, and we aren’t going to be an outlier on this issue. It would send such a strong message around the state and around the nation about where our values are.”

Calls for passage of the hate crime law have increased since the killing of Ahmaud Arbery near Brunswick on Feb. 23. The heads of the Metro Atlanta Chamber and the Georgia Chamber of Commerce urged lawmakers to pass the law in a joint statement on Wednesday. A coalition of 35 organizations – including several LGBTQ ones – also pushed for the law last month.

Gov. Brian Kemp has expressed interest in the legislation but stopped short of endorsing it. Duncan had remained publicly quiet about the measure until his office released the statement on Friday.