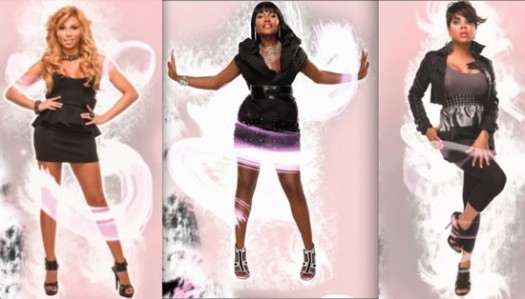 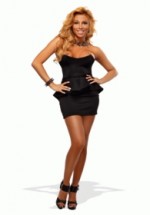 Transgender women are finally getting their reality TV due. With no network deal yet, Atlanta-based “Boss Ladies” is receiving huge internet buzz, and “Transform Me” premieres this month on VH1.

“Boss Ladies” hasn’t found a network yet, but from what we can tell, the Atlanta-based Red Label Media Group certainly knows how to get online attention. The blogosphere is blowing up about it. The folks at Red Label are moving forward as if the contract is in hand, and it’s that kind of confidence that gets shows made.

Boldy going into unchartered territory and representing the distinctly under-represented transgender population, “Boss Ladies” has chosen three of five gorgeous trans women so far for its cast. Two of them caught our locally-focused eye.

Nadia (second photo) is a makeup artist and fashion designer who regularly makes waves in Atlanta and L.A. No stranger to headlines, she was recently at the center of rapper Bow-Wow’s scandal as his “special friend.” If it’s true, we can see what he saw in her, for sure.

Another Atlanta beauty is Londyn (third photo), a former Morehouse (men’s) College student who gave up her more masculine side to become creative director at Shoecrush as a newly empowered female. She spells Londyn with an original twist; we just spell it F-I-E-R-C-E.

The show’s third cast member so far is Temptress (with Nadia and Londyn, top photo).

On the show, the “boss ladies” navigate the obstacles of fashion and entertainment under the guidance of industry gurus and former reality TV stars. The show follows their entrepreneurial journeys from conception to the opening of a clothing boutique on Rodeo Drive.

Even with the new twist on the cast, Atlanta blogger Darian Aaron tells us on Living Out Loud to expect some reality staples:

Along the way, the ladies will face trials, tribulations and drama, in a reality TV adventure that is an exciting hybrid of “The Real Housewives” and “Project Runway.”
…
It’s about time our trans sistas got some shine.

Over on VH1, the March 15 premiere of “Transform Me” takes the “Queer Eye” premise and exchanges the gay guys for trans women. The show features a cast of beauties who make over average Americans to reach their most fabulous potential.

A press release from the show says, “this series focuses on overall transformations, helping to improve each woman on the inside as well as the outside. The team will have to push each subject out of her emotional comfort zones and there will be no shortage of tears, arguments, and OMG! moments along the way.”

As Queerty puts it:

Nobody knows about fine-tuning a woman’s outfit than a former man trying to fit in.

We couldn’t have put it better ourselves.