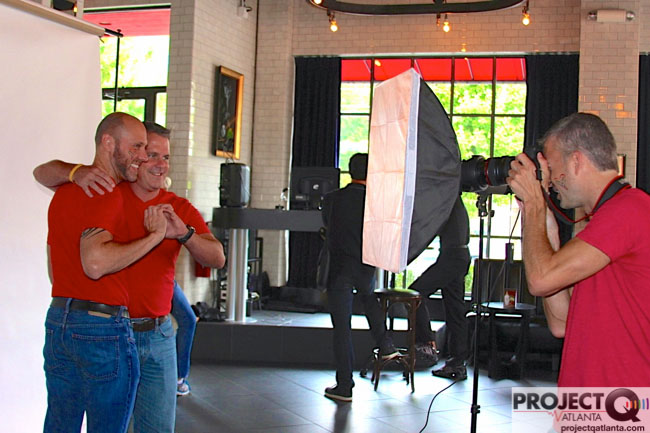 Everybody loves a photo shoot. Throw in gay marriage and an Atlanta crowd itching to have some fun and show some love, and you have Saturday’s Love Is Love campaign launch.

The brainchild of gay Atlanta photographer Laurie Edward (top photo, right) and his partner Scott Bradley, the campaign welcomed all LGBT and allied comers to Ten for photos wearing their Love Is Love heart sticker on their faces. Solo, couple and group pictures got the campaign off to a strong start. Campaign proceeds not only put faces on the issue but also benefit the marriage equality initiatives of the ACLU.

Edward delighted the Morning Fix earlier this year with Atlanta twink Garrett Cook. He also bared all when he unveiled “Survivor” in January.