Love and betrayal of Oscar Wilde in ‘Judas Kiss’ 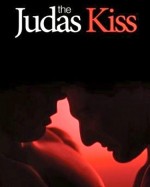 Atlanta theatergoers get the best of both worlds in the “The Judas Kiss.” It’s a compelling gay-themed drama about a historical figure, and hey, it’s got hot naked people. The play begins previews Thursday at Actor’s Express.

“The Judas Kiss” explores the life of Oscar Wilde—the openly gay 19th-century playwright behind “The Importance of Being Earnest” and “The Picture of Dorian Gray”–and his high-profile, ill-fated love affair with Lord Alfred Douglas, nicknamed Bosie, who was considerably younger, and some say manipulative. Wilde and Bosie carried on their relationship before Wilde was brought up for indecency charges and sent to prison for two years of hard labor, and Bosie’s betrayal is the stuff of legend.

The play was written in 1998 and was on Broadway for four months later that year with Liam Neeson in the role of Wilde. Ironically, for a show that has been around that long, it has never been performed in Atlanta. 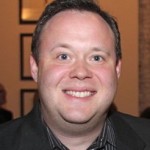 “The Judas Kiss” seems like a perfect fit for Actor’s Express, which despite financial woes and recoveries this year in tough economic times, has tackled gay themes and edgy fare of quality for years. Actor’s Express Artistic Director Freddie Ashley has continued to do the same kind of work that Chris Coleman was known for when he founded the theater.

In this show, Ashley himself (second photo) stars as Wilde with Clifton Guterman (bottom photo) playing Bosie. Guterman was seen this spring in the dramedy “Exit, Pursued by a Bear” at Synchronicity, while Ashley has put acting aside for some time until now. Directing the show is David Crowe, himself an actor who has also directed.

It’s a small world. Crowe directed Ashley in his last acting gig, “Jane Eyre.” Crowe also directed Guterman in the well received, gay–themed “Beautiful Thing” at Actor’s Express. Ashley and Crowe worked at the Alliance Theatre together. Both Crowe and Guterman moved back to Atlanta recently, Crowe from Seattle and Guterman from New York, just as Ashley was making decisions about the “Judas Kiss” cast and crew. Also starring in the show is John Stephens, who was in the musical “A Man of No Importance” at Theatre Gael directed by – Ashley. 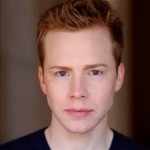 So who gets nekkid? The play opens with a graphic heterosexual session of hide the salami. As Crowe explains, in Victorian England, everyone was having sex. Later in the play, a beautiful rentboy parades around without a stitch of clothing.

Some of the other actors are seen in various stages of undress, although Freddie Ashley mandated early on that he is not one of them. Crowe has himself been naked on stage in the Actor’s Express version of “Love! Valour! Compassion!,” but he admits that he has never directed nudity or a sex scene, so it’s been a challenge for him on how to present it.

“Judas Kiss” opens in previews on Thursday, presents its gala opening on Sunday, and then runs Wednesday-Sunday through June 11. Buy tickets online.Jim Farmer is an Atlanta-based freelance writer and public relations professional specializing in film promotions. He has been a theater and pop-culture critic for more than a dozen years and is the director of Atlanta’s annual Out On Film gay and lesbian film festival.