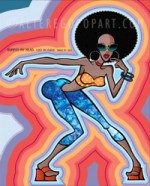 If you haven’t been to Lounge Thursdays yet, this is the week to acquaint yourself, as the posh weekly party at the W Midtown showcases Paul Wolski’s popular Alter Ego Pop Art.

Wolski, a former Disney artist and graphic designer whose sassy series of Alter Ego artwork (photos) has been making a splash in gay Atlanta for some time now, just finished a four-month exhibit at ART Station in Stone Mountain Village.

Now the artist brings it closer to home because he’s all about accessibility.

“I’m bringing my show back to town for ‘easy access’ to those who missed it,” he says. “People usually see my work online or used in occasional ads. I’m excited to introduce my work on a larger scale and give guests a chance to see the details in a different light — albeit flattering lounge light.” 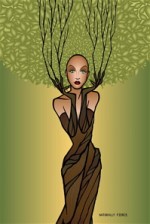 Kurt Edwins, the mastermind behind Lounge Thursdays, wanted to feature an art or fashion event at one of the weekly get-togethers.

“He felt that Alter Ego Pop Art would be a fun introduction of this concept,” Wolski says. “I think the style, color and attitude of my art lends itself well to the environment.”

The show will feature about 15 Alter Egos from Wolski’s most recent show. The complete show–which features original pencil sketches and ink drawings–will debut in November in Inman Park.

“I’ll make the venue announcement very soon,” the artist says with a touch of excitement. “And in mid November, plan to look for new additions to my online store, including a new 2009 Holiday Alter Ego.”

The Alter Ego site and the store site not only offer Wolski’s artwork in large-scale prints, but also lets you put his daring divas and their witty sayings on everything from throw-pillows to greeting cards. He also does commissioned pieces to bring out your own Alter Ego. 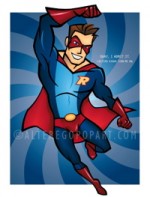 “I think one of the things my art does is lighten the moment,” he says. “We’ve got plenty of things in this world right now to keep us stressed out and preoccupied. An Alter Ego reminds us to keep our sense of humor.”