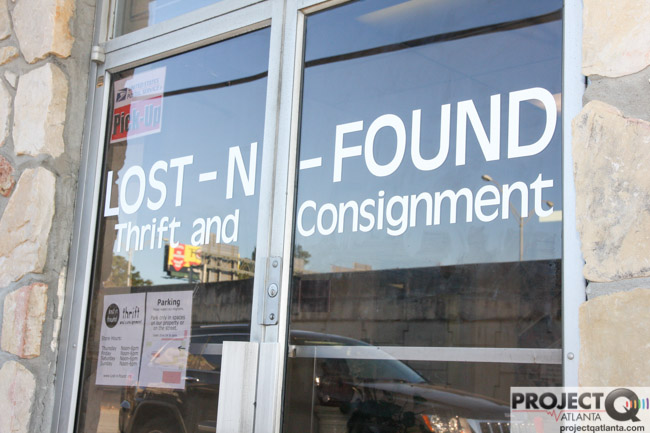 Lost N Found is stepping Outside the Perimeter. The agency that cares for homeless LGBT youth says it’s opening a second thrift store in a Gwinnett County industrial park.

The nearly 3,400-square-foot-facility on Jimmy Carter Boulevard in Norcross is scheduled to open on May 1, a month after the organization hosts a sneak peek and painting party on April 1. LNF officials announced the new store this week:

Because the Lost-n-Found Thrift Store has become such an integral part of the local community and of the organization, Lost-N-Found has started work on a new location! The new thrift store will be in Norcross, Georgia, giving access to those living outside of the perimeter to the organization, their mission, and some fantastic thrift finds. The new store is 3,352 sq. feet, and is tentatively scheduled to open May 1 of this year.

The organization, a success in large part to volunteers, is asking supporters to lean into this project and help make it a success.

Lost-n-Found needs your help with this endeavor! We are looking for people to help us paint the new digs April 1, 2017. We are looking for individuals and groups to come volunteer to help us make the new space as beautiful as possible. Come get the first peek at the new place, and know that your time and effort will directly help LNFY programming and the youth they serve.

In 2014, Lost N Found opened its first thrift store, remaking a massive 13,000-square-foot-building into a popular retail outlet that helps fund the organization’s programs and staff. The facility off Cheshire Bridge Drive also includes a drop-in center for youth. The organization has plans to shift that to a new facility in Midtown as well as open two houses to provide transitional housing to add to its shelter in the West End.