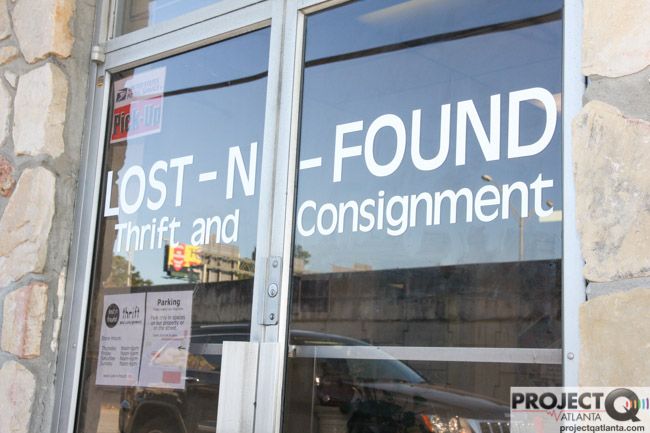 Lost N Found pushed out its interim executive director after less than five months on the job, another shakeup in the non-profit that cares for LGBTQ homeless youth.

Also, the organization has entered into a partnership with Tokyo Valentino. The effort will provide Lost N Found clients who are 18 and over with free access to the adult superstore on Cheshire Bridge Road to use the showers in its video booth and play areas. The partnership was mentioned publicly as early as August, though the organization’s board chair now says it never started.

“They eliminated my position,” Krumbach said. “They actually announced to the staff that they do not believe the organization should have an executive director.”

Lost N Found named Krumbach as interim executive director in June after the resignation of Rick Westbrook, the group’s co-founder and only executive director since its founding in 2011. In 2016, the board demoted Westbrook to outreach director, a move that was widely criticized, led to several board members resigning and was quickly rescinded.

Krumbach came to Lost N Found from Living Room, where she served as development director for the organization that provides housing stability for people living with HIV/AIDS.

“At the moment, we are not operating that way,” he said.

Ross, an architect and civic activist, dismissed the need for an executive director at the organization. Lost N Found operates a youth drop-in facility, a sprawling thrift store and a small homeless shelter.

“My background is in planning and problem solving, so that is my job,” he said. “I don’t think there is a college degree in executive director.”

He added that the organization redirected the funds for a full-time executive director and used them to hire a programs director – Ernest Walker. Ross said Walker and operations director Nasheedah Bynes-Muhammad report directly to the board.

Ross said the change has improved operations at Lost N Found “in a thousand different ways,” including increasing the hours at the group’s shelter in the West End.

“Since August, we have been running at full capacity at the house,” he said. “The house is open 24 hours a day. It used to only be open in the evenings for clients to go there and sleep.”

The house has eight beds available on any given day, but Lost N Found board member Marci Alt said the group serves hundreds of homeless youth.

“One person to manage that? It can’t be done,” she said. “For years this was Rick Westbrook’s baby, so he knew all the moving pieces. The amazing man that he was, he was able to get it done to a certain degree.”

“It takes more than one person called the executive director. The organization is not there for that yet. It was easy when it was little. It’s not little anymore,” she added.

The organization serves LGBTQ homeless youth between the ages of 13 and 25, according to the group’s website.

Alt told Project Q in August that due to a lack of available shower facilities, Tokyo Valentino offered free entry to Lost N Found clients who are 18 and over to use the facility.

The LGBTQ adult toy store and play spa on Cheshire Bridge Road has a retail operation as well as a dance floor, private rooms, play rooms and adult video booths. Admission to the lower level play area, where the showers are located, ranges from $18 to $25.

Ross said last week that Lost N Found chose not to pursue the offer “because we didn’t think it was right for our clients to be in that position.” He added that “not to [his] knowledge” did the program ever get started.

But Chris Coleman, who handles marketing and public relations for Tokyo Valentino, told Project Q on Tuesday that Lost N Found clients have been taking part in the free entry program.

Coleman said that Lost N Found clients have access to “the whole facilities” during their time there.

“It’s hard enough when you’re 18 years old and it’s hard to get a bed at CHRIS Kids or Salvation Army or one of those places,” she said. “You have to be in line at 7 a.m. in the morning.”

“For me, it was all about safe space and helping our kids at Lost N Found. It’s not the ideal location but it is ideal at the same time,” Alt said.

“These kids are homeless, and they live underneath a bridge or in tent cities. When Tokyo Valentino has been offering up free showers and a safe space, I’m going to support them all day long, every day,” she added.

In August, supporters of Tokyo Valentino – including Alt – rallied at Atlanta City Hall to support the business. The adult superstore is appealing a federal court ruling that it violates the city’s adult entertainment ordinance.