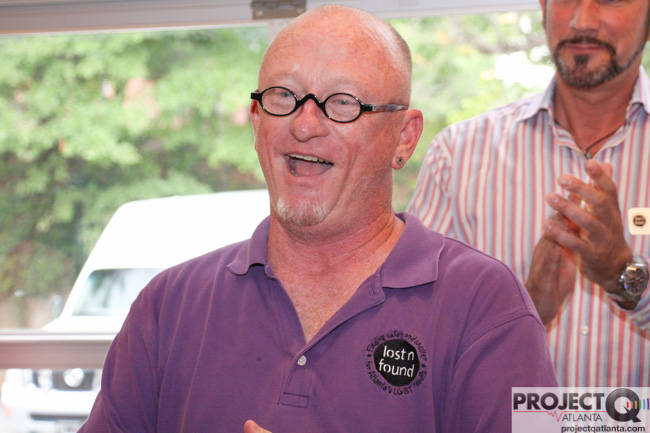 Lost N Found opened the doors of its newest project – a 4,000-square-foot youth center – and celebrated with supporters on Saturday during an open house and reception.

In March, the group said it was searching for a new facility for its youth center to help expand the services it offers to homeless LGBT youth in metro Atlanta. On Saturday, they made the move to the new facility official.

Guest included former Atlanta Braves player Otis Nixon and officials with Chris 180. Rick Westbrook (photo), Lost N Found's executive director, announced at the event that the organization will partner with Chris 180 to boost its outreach efforts and attract grant funding. Westbrook also made a plea for volunteers to help run all of the organization's facilities. Volunteer orientations are scheduled for July 13, July 15, Aug. 10 and Aug. 12.

It's been a busy time for Lost N Found. The organization benefited from LGBT Night at the Atlanta Braves and the East Point Possums Show last month, and launched a second thrift store. The facility in Norcross opened on May 1.