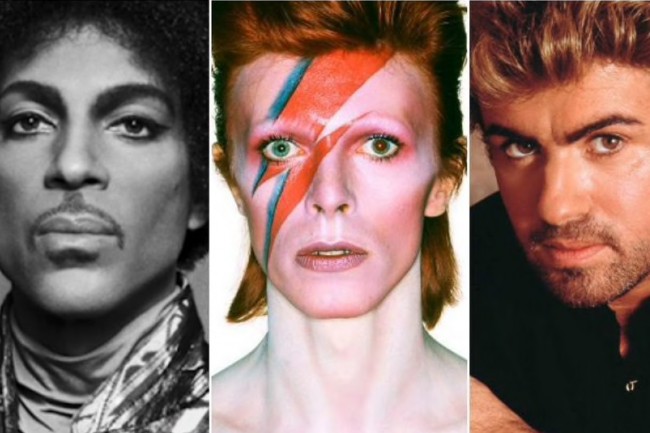 Of all the things that suck about getting older, having your heroes and idols pass away is one of the hardest. Not to say that the passing of family and friends is not its own hell that tests us in ways we did not know we could be tested, but to lose a childhood hero is to lose a bit of your childhood itself.

When a bright star fades suddenly, it changes the constellations in our mind’s skies. It diminishes the pantheon of heroes and champions we worship. It’s a deep pain that traces back through our years, making us feel like we are taking one more step into the darkness.

To be of a certain age (old), you know this to be true, but it still hurts when it happens. Much like how you think you are going to be young forever, you think your idols are going to live forever. And because of the miracles of modern medicine, and by medicine I mean plastic surgery, it sometimes looks like that is true, at least on the outside, that these stars are going to shine on forever, that death can’t touch their pay grade.

In 2016, I started noticing that we are not forever young and that no one, no matter how beloved is beyond death’s snatching hands. David Bowie died early in the year, and that was devastating for me. He was a bastion of prolific creativity, androgyny and bisexuality, and we celebrated and emulated him for it. His fingerprints are all over the pop architecture of today. It was cold comfort to know that he had been ill and his passing was at least a release from the human toil, that he shuffled off to his celestial reward to be the star man truly and forever.

Just when we were collectively coming to terms with the loss of Bowie, Prince passed away very suddenly and too soon of an accidental drug overdose. Again, he was a giant in terms of his creativity and volume of work he left behind, and he was truly an original in everything he did. If Bowie shocked you, Prince’s passing made you take pause and take stock of your life with his music and movies as a soundtrack to it.

Before 2016 ended, another shocking death would come. No, not the death of the American experiment with the election of the Cheeto Voldemort. On Christmas Day, we lost George Michael, and gay men and the women who try to date them were devastated. George was this complicated creature who hid his sexuality from the public but also was ostentatiously flamboyant throughout the ‘80s and ‘90s until his unfortunate incarceration for trying to blow an undercover cop in a Beverly Hills park restroom.

Through that embarrassing moment, he was reborn an out proud gay man. His death was the icing on the shit cake that was 2016 for certain but his legacy will live on through his music. A film called Last Christmas is out now that features much of his songbook — another example of queer excellence propping up a silly hetero story in the way we always do, but that is a rant for another day.

Two days later, Carrie Fisher died to round out an epic year in celebrity deaths.

While there have been plenty more stars that have faded from the sky since 2016, none have made me take more pause to reflect than the recent passing of Diahann Carroll just last month. I watched her through the original run of Dynasty as the cunning and beautiful Dominique Deveraux. I was so fascinated with how the character was brought in to take down the main family, The Carringtons, something I had been waiting for on the show since its beginning.

Very early on in the show, we leardn that brother Steven Carrington is a homosexual (cue dramatic music) when his father Blake catches him hugging his friend Ted. In a fit of rage that defines “gay panic,” Blake breaks up the two men hugging and pushes Ted violently. He dies, falls, hits his head, and in true soap opera fashion, immediately dies.

As a closted teen, this was terrifying and ultimately infuriating as the Blake character would be found guilty but have his sentence suspended and essentially never pay for his crime. I literally only watched the show after that to see the character of Blake suffer. He represented the epitome of the evil straight white man to me, and I was invested in seeing some semblance of justice.

Enter Diahann Carroll as Dominique Deveraux, an international businesswoman and jazz singer (it’s a soap) who also is secretly Blake Carrinton’s half-sister who has come to take everything from him. In short, I am here for every minute of it.

Where Blake was impetuous and hot-headed, Dominique was calculating and cool. When she finally revealed her plan and Blake’s face was fully cracked, I danced with joy in my living room because somebody had finally taken that homophobic prick down a notch.

That was the beginning of a lifetime of chasing that feeling and often emulating the character of Dominique without appropriating the behavior or mannerisms outright. I was given a lot of strength at a time I needed it by Diahann Carroll, and I carry that memory and feeling with me now and always.

Ian Aber is a queer comic and comedy showrunner in Atlanta. Find him on Facebook and Instagram.

Pick up each new edition of Q magazine at LGBTQ and queer-friendly venues around Atlanta, and visit Project Q Atlanta for fresh content every day.