Local hotties strut their stuff with pups for PALS 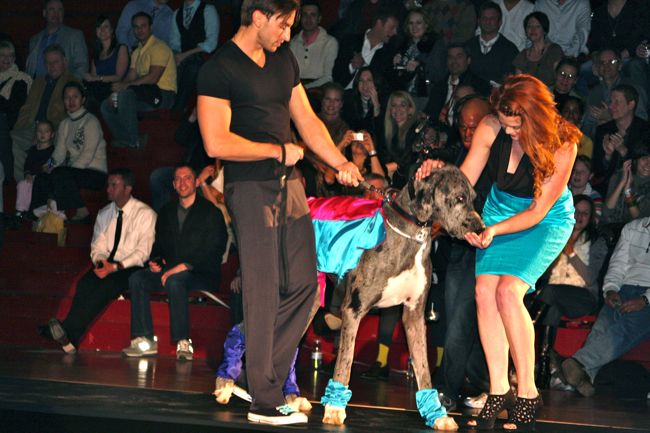 Doggies on the Catwalk returns to stomp the runway on Friday to benefit Pets Are Loving Support. The annual fundraiser features hot models and local notables walking canine friends while sporting the latest fashions.

The event ups its game this year. Gay fashion guru, Doggies coordinator and longtime PALS supporter Vincent Martinez used to feature fashions by his students in Grady High’s Urban Couture program provide the fashions, but he bid adieu to that gig earlier this month.

For Doggies 2012, look for looks provided by high-end retailers Tootsies and Bill Hallmann as well as four-legged fashions by Dixie Dogwear. The event also moves from Grady to the swanky surrounds of Room & Board.

A fur-rocious silent auction also raises cash for PALS, the nonprofit that helps critically ill people, including people living with HIV/AIDS, keep and care for their pets.

Go get your tickets, but not before you check out photos from last year’s stud-studded catwalk, and the one before that featuring weather hunk Rob Marciano.