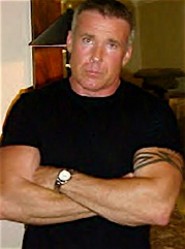 Artist and writer James Randall Chumbley (photo) wants to turn his recent suicide attempt into something positive. His book signing at Outwrite on Wednesday will go to fight gay suicides in Atlanta.

Chumbley’s new book, “Alabama Snow” is a heatrfelt, heartbreaking, yet hopeful book about depression and suicide. And the author knows of what he writes.

“I was brought back to life after lying dead in the emergency room of Grady Memorial Hospital, having being worked on for five hours,” Chumbley says in a prepared statement. “Now, I want to do what I can to make a difference so others can get the help they need and avoid the choice I made.”

According to a 2006 study by Eisenberg & Resnick, lesbian, gay and bisexual High School students are far more likely to have attempted suicide than their straight counterparts. Chumbley says that’s why he is donating his portion of “Alabama Snow” sales to the Evolve! program, a teen suicide prevention effort through Atlanta’s YouthPride group for LGBT teens and young adults.

“YouthPride’s Evolve! program is very important to me as a survivor of attempted suicide myself,” the author confides.

Chumbley, who is prepared to lay bare the details of his own suicide attempt at all of the events on his book tour, will choose a local gay suicide program in each city on the tour to receive donations from book sales.

“The crisis of suicide is an important yet often a misunderstood issue, one that many people in Atlanta struggle with daily, including members of the LGBTQ community,” Chumbley says.

At Outwrite, Chumbley is also donating one of his original mixed-media contemporary landscape paintings, priced at $3,000. The artwork will be raffled off to benefit Evolve!

Raffle tickets are available now for $5 each at Outwrite, where the art is currently on display. The winning ticket will be drawn during the Wednesday event.