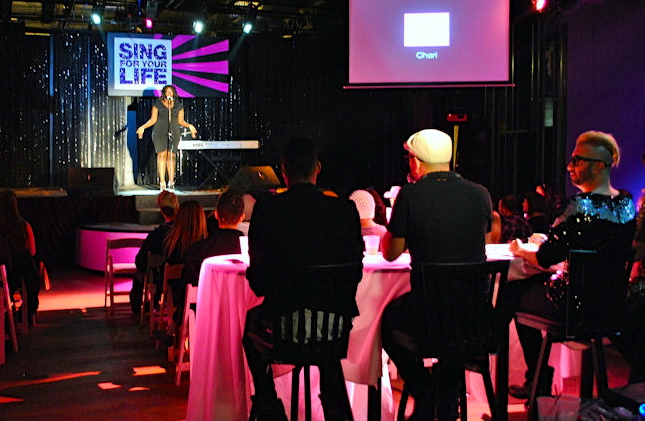 The time had come to Sing For Your Life. After weeks of big buildup, hopeful singers auditioned live on Thursday to become one of the Top 12 contestants in Atlanta’s gay-inclusive, gay-led weekly elimination competition that debuts at Jungle in January.

Of more than 50 online video submissions, about half performed live on Thursday (top photo) in front of Sing For Your Life judges and organizers Barry Brandon, JL Rodriguez and Michael Robinson plus guest judge Catherine Giel. The night also included a performance by electro pop artist NNXT and the debut of Sing For Your Life emcee Sarah B.

An energetic audience showed up to be part of the debut experience. Their votes sent contestant Josette Pimenta directly to the Top 12. The other 11 selected finalists will be named at the third annual Glitter & Fur New Year’s Eve party at Takorea on Jan. 31.

Go watch videos of all Thursday auditions, then you can vote online for your favorites as often as once per day to influence the outcome.