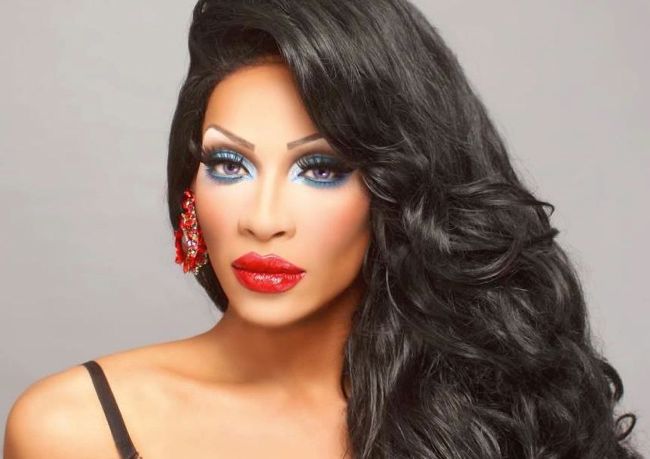 Don’t for one second think that an early departure from “RuPaul’s Drag Race” is slowing down Lineysha Sparx. This queen delivers some Latin sass to Atlanta, which continues its run as ground zero for touring alums of the popular show.

The New York-born, Puerto Rican-raised queen performs Friday during Got Leche? at Club Rush, joining a list of “Drag Race” alums who hit the popular gay Latin night. There was Alexis Mateo last September (photos), Yara Sofia in October, and Mariah Paris Balenciaga and Jessica Wild in May.

But before her Atlanta appearance, the Season 5 competitor opened up with us about being eliminated on “Drag Race,” her latest projects and visiting the city that so loves its “Drag Race” queens.

What can the crowd expect when you hit Atlanta and Club Rush on Friday?

They can expect to be amazed by the glamour and the exclusive style I am bringing. They will get to see a total transformation and different Lineysha Sparx they saw on “RuPaul’s Drag Race.”

What’s in the works for you? In other words, what can your fans be looking forward to in the coming months?

I have a lot of different things going on right now. I finally have my website up and running, I have my team working day and night with handling so much travel to different clubs, events and some surprises coming very soon. Also I am getting ready to go back to university and I have a few things coming by the end of the year so a lot happening right now.

Why did you seek out a spot on “Drag Race”?

I was one of the strongest contestant for the show, but what I can say is that if the show would be in Spanish, trust me I would have brought the crown home very quickly. But it is a reality show, so what you see on the show pretty much have been rolled out totally different.

What is your favorite memory from “Drag Race”?

Meeting such a fabulous cast of sister queens. You see, we all brought something different to the competition and what they were looking for I didn’t have it at that time, but I can not speak enough of the greatest memories with all my sisters from “RuPaul’s Drag Race.”

What’s your reaction to being eliminated in Episode 5?

I sashayed away very peacefully. I was not surprised because you can feel when something is happening so I was expecting it. Things happen for a reason and it was my turn to go home.

Anything more to share with your Atlanta fans before you arrive?

I can not wait to be in Atlanta, I am getting ready to give you nothing but fierceness and pure glamour. I am ready to meet all my Team Sparx fans and to explore Atlanta because I hear nothing but great things about it. Now the question is, Atlanta are you ready for me?