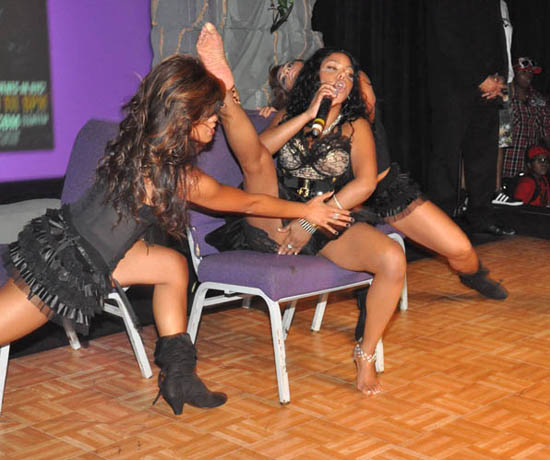 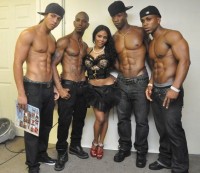 The rapper, in town this weekend for two Pure Heat gigs as part of the unofficial nightlife side of the annual celebration, went shoeless during one performance and — with the help of friends Toccara Jones and Anessa — swung her legs so wide while performing seated in a chair that she nearly flashed her vajayjay. Only her well-placed left hand covered up the goods.

But unofficial reports say she performed to crowds that topped 4,000 women during one performance and more than 5,000 guys at a second. At which performance the vajayjay appeared isn’t clear, though it’s likely to be more popular at the lesbian event.

For the gay boys, though, she stood for photos with a collection of shirtless calendar hunks. No vajayjay involved.

(More photos via Gossip on This and FreddyO)