LGBTQ lawmakers call for tracking police use of force in Georgia 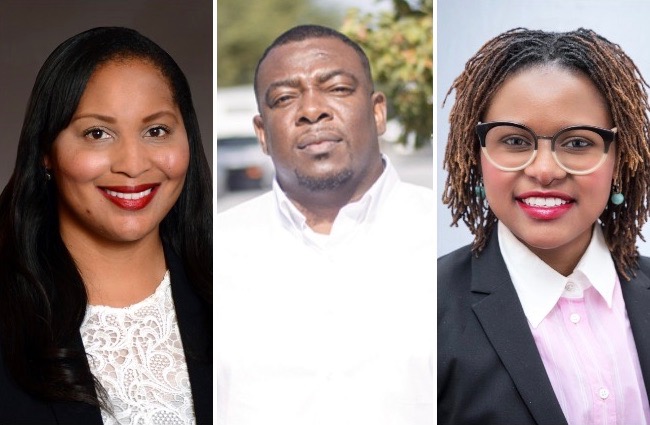 LGBTQ Georgia lawmakers and leaders called on the state legislature to pass a bill that tracks police use-of-force incidents to address ongoing police brutality issues. The legislature reconvened on Monday after suspending the session in March due to the coronavirus pandemic.

House Bill 636 would require law enforcement agencies to report use-of-force incidents to a public database. State Rep. Renitta Shannon (top photo left), a Democrat from Decatur, introduced the bill during the 2019 legislative session, but it has not received a hearing before the Public Safety & Homeland Security committee. State Rep. Park Cannon (top photo right), a Democrat from Atlanta who co-sponsored the bill, said the committee “doesn’t respect” the bills that she and Shannon put before it.

State Rep. Bill Hitchens, a Republican from Rincon who chairs the committee, did not respond to Project Q’s questions about Cannon’s comments.

There is a federal database to track police use of force incidents, but participation is voluntary, not available to the public and doesn’t track which officers are committing the offenses, Shannon said.

“The nonexistent tracking in this country of police force is one of the reasons people are running around saying it’s just a few bad apples,” she said. “That’s not the case.”

Passing legislation like HB 636 is about “deciding that black and brown people are human,” Shannon said.

“What we are seeing happen to black folks by the police is something that we don’t see happening to white folks, and that is why we don’t see any [cell phone] videos pop up,” she said. “This is an issue of accountability. It’s not about training.”

The episode of Q Conversations – watch the whole event below – took place hours before a white Atlanta police officer shot and killed a 27-year-old black man in a Wendy’s parking lot. The killing of Rayshard Brooks touched off demonstrations and property destruction and led to the resignation of the city’s LGBTQ police chief.

'We are whole people'

“We are whole people,” he said. “We bring all of ourselves to the table, so we need to ensure that in all of those spaces that we are safe, that our voices are heard and that folks are being held accountable.”

Georgia Equality signed an open letter on May 29 that commits to ending racism and white supremacy and making that integral to the group’s mission for equality for LGBTQ people.

“This is about changing and reforming systems,” Paulk said Q Conversations on Friday. “You have to change systems to get useful results. As an LGBTQ organization, we have to do some internal system work to make sure that we are prepared to support all the diversity of our community.”

“Laws like that are things that you’re just asking for the general public to shoot and kill black people,” she said. “And it’s unacceptable.”

The public must push Georgia lawmakers to address these issues, according to Shannon.

“People are asking for real action,” she said. “They’re saying, ‘Don’t just say that you stand with us. Show us that you do and take some action on this issue.’” 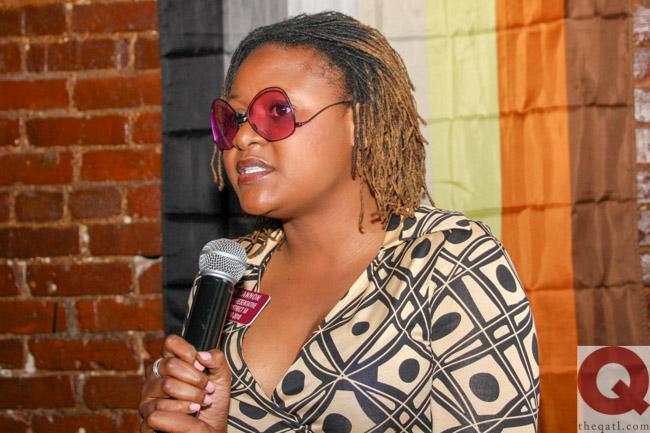 Cannon, Shannon and Paulk also called on the state legislature to pass a hate crimes bill that’s languishing in the Senate. House Bill 426 would heighten penalties for crimes committed “because of the individual’s belief or perception” regarding the victim’s sexual orientation, gender, race, color, religion, national origin, mental disability or physical disability.

“Hate crimes are message crimes,” Paulk said. “They’re intended to impact entire communities. So I think it’s more important than ever for us to get this passed and get this done.”

But amending the bill to stiffen the penalties would hurt people of color, according to Shannon.

“We have to recognize that the laws in this country do bend to protect white bodies and they also bend to incarcerate black and brown bodies, and so with that I say we need to make sure the hate crimes law is crafted in a way that specifically will not add to the issue,” she said. “And the bill that left the House is one that I do think struck a great balance.”

Join the next episode of Q Conversations – How LGBTQ-owned bars are surviving coronavirus – on June 19 at noon. The event will include Jennifer and Jami Maquire of My Sister’s Room, Johnny Martinez and Brandon Ley of Joystick Gamebar and Georgia Beer Garden, and Richard Ramey of the Atlanta Eagle. The event is free but registration is required.