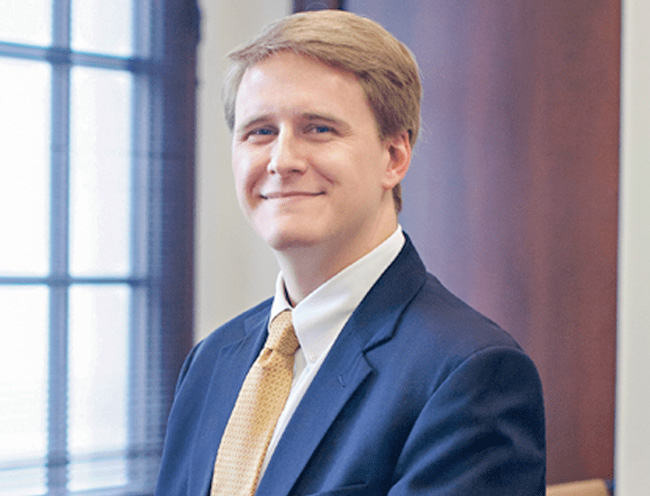 U.S. Sens. David Perdue and Kelly Loeffler joined 50 other Republicans to confirm Brasher in a party line vote on Feb. 11.

Brasher’s (photo) confirmation is “the latest blow to the LGBTQ people across the country and an affront to civil rights,” according to Sasha Buchert, senior attorney for Lambda Legal.

“In particular, this confirmation threatens civil rights for all LGBTQ people living in the deep South, as Alabama, Florida and Georgia all lack explicit nondiscrimination protections at the state level,” she said in a press release.

Buchert cited Brasher’s opposition to same-sex marriage — which he called “harmful to children” — and his work with anti-LGBTQ legal group Alliance Defending Freedom. Brasher coordinated his legal strategy with ADF while serving as solicitor general of Alabama, according to the Alliance for Justice. Brasher is a judge for the U.S. District Court for the Middle District of Alabama.

The Human Rights Campaign said Brasher had “developed a professional record devoted to undermining access to the ballot and LGBTQ equality.”

Brasher has filed amicus briefs with the U.S. Supreme Court that argued against same-sex marriage and in support of a photographer who refused to take pictures at a gay wedding, according to the Leadership Conference on Civil & Human Rights.

Brasher also gave the maximum possible contribution to Lawrence Van Dyke, who ran for the Montana Supreme Court in 2014. Van Dyke supported conversion therapy and wrote that “homosexuals can leave the homosexual lifestyle.” He lost that race, but President Donald Trump appointed him to the U.S. Court of Appeals for the Ninth Circuit in 2019.

The NAACP, the ACLU and the AFL-CIO all spoke out against Brasher’s confirmation to the 11th Circuit Court, according to the AJC.

Anti-LGBTQ Judge Britt Grant was appointed to the 11th Circuit court in 2018. Both Grant and Basher were nominated by Trump.

In 2017, a three-judge panel of the 11th Circuit Court in 2017 rejected the case of Jameka Evans, a security guard at a Georgia hospital who sued when she was fired for being gay. The court then denied Evans’ appeal, prompting her attorneys to petition the U.S. Supreme Court. That court rejected her case as well.

The 11th Circuit Court in 2018 ruled against Gerald Bostock, a Clayton County man who sued his employers when he was fired for being gay. The U.S. Supreme Court heard held oral arguments on Bostock’s case and two others on LGBTQ rights in October.