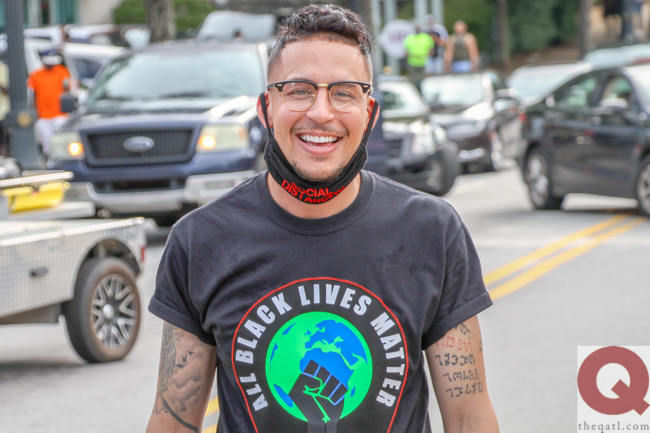 A federal grand jury indicted Atlanta City Council member Antonio Brown – the only LGBTQ member of the council – on multiple fraud charges and alleged that he faked loan documents to buy a Mercedes C300 and a Range Rover.

Brown, who was elected to the council last year, is accused of attempting to defraud several financial institutions by taking out loans and making credit card purchases and then falsely claiming that he was the victim of identity theft, according to U.S. Attorney BJay Pak.

“For years, Antonio Brown allegedly sought to defraud a number of banks and credit card companies by falsely claiming that he was the victim of identity theft,” Pak said in a press release announcing the indictment on Wednesday.

“Brown’s scheme was eventually brought to light, resulting in his indictment by the grand jury,” Pak added.

The allegations of misconduct date to 2012 and continued into 2017, prosecutors said. The indictments relate to alleged conduct that occurred before Brown was elected to the council in 2019.

Beginning in 2012, Antonio Brown opened a number of credit cards, which he then used to make thousands of dollars’ worth of purchases for his own personal benefit. Brown also obtained over $60,000 in automobile loans to finance the purchases of a Mercedes C300 and a Range Rover. Despite opening and using these credit cards and despite taking the money for the two automobile loans, Brown allegedly falsely claimed that his identity had been stolen and that someone else had made the credit card purchases or had taken out these loans.

The indictment further alleges that Brown provided false information to Signature Bank when applying for a $75,000 loan in August 2017. During the loan application process, Brown provided a personal financial statement falsely claiming that he earned $325,000 per year and had $200,000 in available cash or assets. Brown allegedly knew this information was false because he had recently submitted other loan applications reporting far less income and available cash or assets. For instance, in a July 2017 loan application to another bank, Brown submitted a 2016 federal income tax return reporting that he earned $125,000 per year (which was $200,000 less than what he represented that his income was to Signature Bank). Further, in an August 2017 loan application to yet another bank, Brown claimed he had an annual salary of $175,000 (which was $150,000 less than what he told Signature Bank), and only had $25,000 in available cash and assets (which was $175,000 less than what he told Signature Bank).

The indictment came after a joint investigation between the U.S. Postal Inspection Service, the Social Security Administration Office of Inspector General and the Internal Revenue Service.

In 2019, Brown scored a surprise victory to win the District 3 post and became the first-ever black LGBTQ person on the council. He has since taken a prominent role in the racial justice and equality movement in recent months.

In June, he called for the resignation of police Chief Erika Shields, the city’s first LGBTQ top cop, after an officer shot and killed Rayshard Brooks in a Wendy’s parking lot. Shields resigned hours after the incident. Brown has been a vocal proponent of reforming the Atlanta Police Department and detailed his reforms in a live Q&A with Project Q last month.

Brown also launched the People’s Uprising Taskforce this summer. The group of community organizers, elected officials and influencers was formed to address economic inequality, public safety reform, education reform, criminal justice reform and civic engagement. In June, Brown and the task force hosted the Beauty in Colors Rally, a march through Midtown that celebrated the 51st anniversary of the Stonewall Riots and called for justice and equality for black transgender people.

Project Q has reached out to Brown and a spokesperson for Mayor Keisha Lance Bottoms and will update the story if they respond.