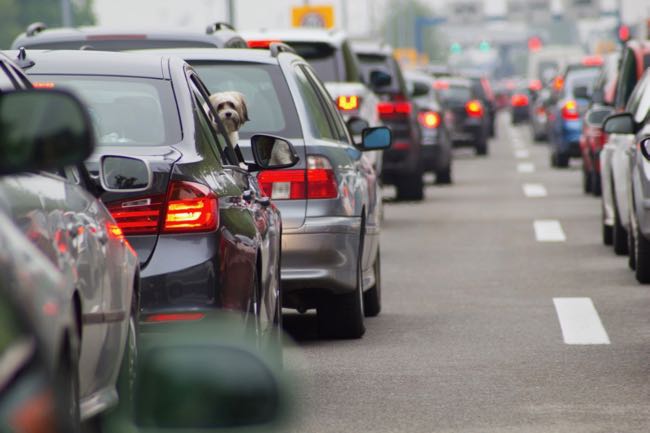 LGBTQ business owners in Midtown say an idea by Atlanta officials to charge non-residents a toll when they drive into the popular neighborhood is unfair and would hurt business.

Atlanta City Councilmember J.P. Matzigheit commissioned a study to look at creating what is basically a congestion tax to ease traffic, according to WSB-TV. Non-residents who drive into Midtown and Buckhead would pay a toll when they crossed a certain street.

“I think part of the thing about being in Midtown is you want to draw people in, not push them away,” he told Project Q Atlanta. “I do get that they’re trying to deal with and limit traffic, because it’s certainly not a great situation. But maybe they should have thought about that before they okayed all this development.”

“If you don’t change the infrastructure first, then you’re kind of putting the horse before the cart and then you have these issues,” he added.

My Sister’s Room owners Jen and Jami Maguire drive to the popular 12th Street lesbian bar from their home in Dunwoody.

“I don’t think [the toll is] fair for people who work or own businesses down there,” Jen Maguire said. “It’s not fair to penalize them. I’m not really for it.”

Chad Sims, owner of Prima Printing on 14th Street, has a significant number of clients that live outside the neighborhood.

“[The toll] could hurt small businesses like Prima where a lot of customers come to pick up in Midtown,” he said.

“I don’t think it would ease the congestion because people are just going to pay [the toll],” he said. “It’s just another revenue stream for the city.”

“Government wastes so much money as it is,” he added.

“What we really need is mass transit [in the outlying metro Atlanta counties],” he said.

“Unfortunately, mass transit isn’t good enough in greater Atlanta to encourage people to use an alternate form, so that’s not really fair to cut off public streets like that,” he said.

The Georgia legislature passed a law in 2018 that allowed 13 metro Atlanta counties to raise money for transit expansion, according to the AJC. Gwinnett County voters turned down a proposal to expand MARTA into the county in March.

It’s unclear how the city would collect the congestion tax from drivers. City planners will study congestion fees, officially known as “cordon pricing,” all year and should finish the study by December, according to WSB-TV.