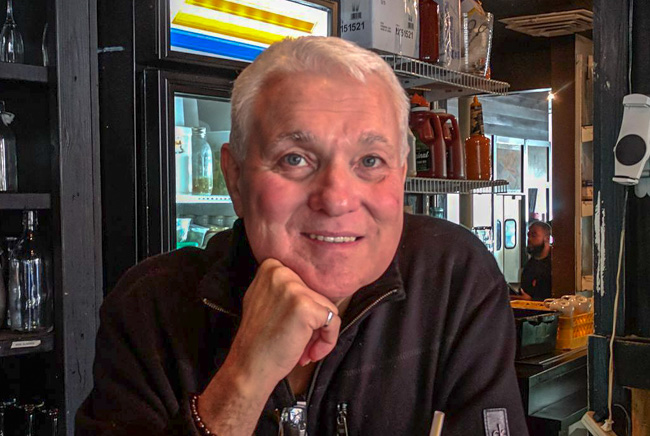 Gay Atlanta bartender Max Westlake served up drinks, laughs and drag names to the community for nearly 30 years before dying on Sept. 1 from unknown causes at age 66.

Westlake — who friends called “Nana” — was a staple and go-to bartender in the local gay bar scene since the early 1990s. He worked at the Armory, Blake’s on the Park, Burkhart's and 10th & Piedmont over the years.

David Gardner said he was “adopted” by Westlake in 1993 when both worked at the Armory.

“And like the fairy tale that it was, I was swept into Max’s fabulous, outspoken, chain-smoking, gravel-voiced, hysterically funny, rainbow-colored world,” Gardner wrote on Facebook following news of Westlake’s death. “I learned about gay history, old Hollywood and camp, the fine pleasure of well-timed quip, and how to hold my head unapologetically up from a true, scrappy torch song survivor.”

Gardner was one of many that Westlake gave a drag name to — his was Ava Gardner.

“Max was one of the few constants for generations of LGBTQ folks in Atlanta,” Gardner said. “With a smile, sassy comment and stiff drink, Max succeeded in making half of Atlanta’s first steps into a gay bar a memorable, happy, and safe experience — and kept folks coming back year after year, bar after bar.”

“He loved being such an integral part of Atlanta’s gay scene. His love, warmth and incredible humor are going to be profoundly missed,” Gardner added.

Mark Henry used to visit Westlake when he worked on Fridays at Blake’s, and he followed him to 10th & Piedmont.

“Max was a crown jewel amongst diamonds,” Henry said. “He was witty and funny. To him age was just a number, and he had just as many friends half his age than people that were his age. He lived his life his way. He did things the way he wanted. He was from a now-dying breed that leads the way, and because of his self-assurance, people followed him.”

“I would say that Max was one of the original gay men that was never ashamed of who or what he was, even though the world around him certainly didn't approve,” he added.

Wendy Wagner and her siblings met Westlake in the 1980s when they were children — Westlake and Wagner’s mother were close friends.

Wagner said Westlake loved old movies, and the two had a standing appointment to see them together nearly every week for the last 25 years.

“He always knew the backstory of what was going on in Hollywood at the time, and who was sleeping with who and all the gossip,” Wagner said. “He loved classic Hollywood — the cars, the clothes, the lifestyle — because it just was glamour and ‘deluxe’ as he would say.”

Wagner was among those with Westlake in his final days. She and the other visitors got to talking about Westlake’s friendship with longtime performer and bartender Lateasha Shuntel, who died in 2015.

“The stories the two of them had on each other, oh my god,” Wagner said. “At the end we were sitting there talking about who was going to greet Max on the other side. We said Lateasha was going to push through everyone — she would be right there at the front.”

A celebration of Westlake’s life is in the works.