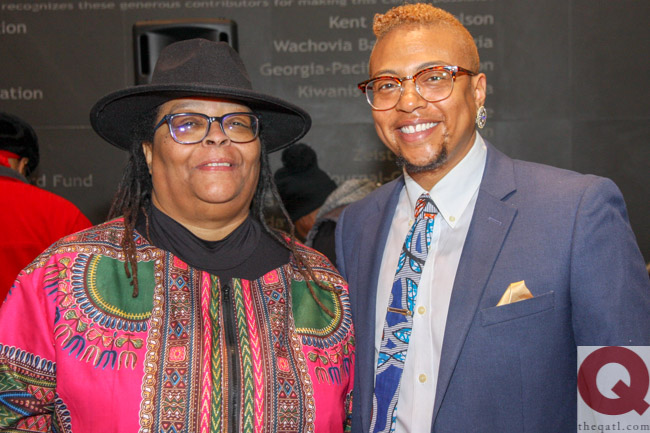 LGBTQ Atlanta celebrated the legacy of Martin Luther King Jr. and shined a light on the importance of mental health at the 19th Annual Bayard Rustin-Audre Lorde Breakfast.

The theme this year was “Having Empathy, Love & Patience,” which was about the need to address mental health issues in black LGBTQ Atlanta.

The event took place Monday at the Loudermilk Center in downtown Atlanta.

Featured speakers included Imani Baskin and several mental health professionals. Baskin is the founder and CEO of Women Healing Women, a non-profit dedicated to eradicating violence against women and girls.

State Rep. Park Cannon, one of the five openly LGBTQ members of the state legislature, was in attendance. So was Alex Wan and Devin Barrington Ward. Wan is the out former Atlanta City Councilmember running for the House District 57 seat, and Ward is the out politico running for Senate District 38.

The Rustin Lorde Breakfast was one of many MLK Weekend events taking place this year.