Queer Atlanta comes out in force for Stonewall March 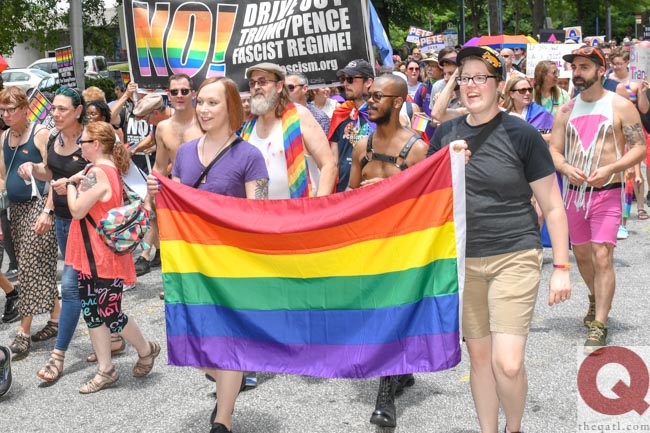 Hundreds of queer Atlantans donned their gay apparel and took to the streets of Midtown on Sunday for the first Stonewall March.

The event came on the final day of Stonewall Month, which was packed with events marking the 50th anniversary of the Stonewall Riots.

The march stepped off from the Arts Centers MARTA Station and wound its way down Peachtree Street before ending at the 12th Street gate in Piedmont Park. An hourlong rally took place in the park afterward featuring speeches by a number of LGBTQ Atlanta activists.

Check out our Facebook Live video of the march and over 100 march photos below!