LGBTQ ATL-ien fights for queer youth and a bikeable ATL 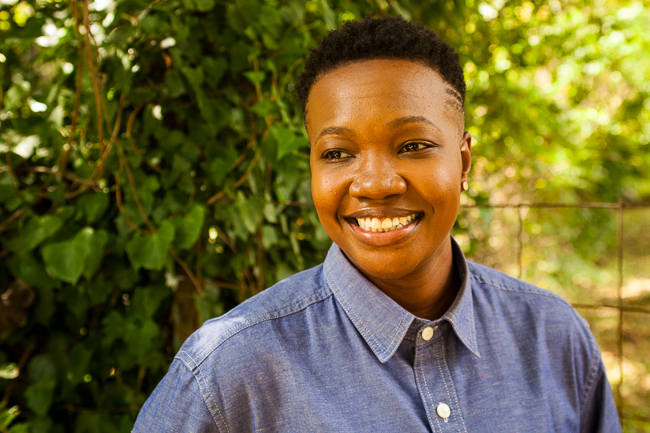 Adah-Duval Pittman-Delancey has a unique job title: “Atlanta Bike Champion.” But that best sums up her work with the Atlanta Bicycle Coalition, which works to make the city a better place to navigate when on two wheels instead of four.

The 36-year-old Grant Park resident could also claim the title “Queer Youth Champion,” because in addition to biking advocacy, the do-gooder serves as a board member for Prism, Teach for America’s LGBTQ initiative.

She took a few minutes with Q to talk about growing up in Miami, faith and sexuality, the movie musical she knows word-for-word, and what more Atlanta could be doing for our queer youth.

What kind of kid were you?

I grew up mostly in Miami, Fla., between Carol City and Liberty City. I was heavily involved in extra-curricular activities and a good student. Growing up in Miami was pretty unique based on it being a really multicultural city. It wasn't easy for me to be open about my sexual orientation while I was in school based on my perception of nonacceptance from my classmates and what I understood of my Christian faith at that time.

What brought you to Atlanta?

I moved here after graduate school in 2007, left for D.C. 2012-2015, and came back after marriage equality passed. My first impression as a young adult was that I could be open about my sexual orientation here.

What are the challenges and rewards of your job at Atlanta Bicycle Coalition?

It's an advocacy organization, so it's rewarding to know that the work we do actually affects people's lives.

The most challenging part of the job is learning of fatalities due to traffic collisions and being the person responsible for drafting messaging to inform and advocate for change. So at times I have to manage my emotions to get the job done.

It's not farfetched for me to tear up while working, especially in cases where a child loses their life.

What are your impressions of Queer Atlanta?

I think it's great to witness queer Atlanta's political involvement and power, primarily because we're in the South. I think we should do all we can collectively and independently to advocate for queer youth. We definitely have organizations here committed to our queer youth and they're doing amazing work.

I also look at places like New York and San Francisco, and although I'm no expert, those cities seem to have more resources and support options for queer youth.

What’s the best advice you ever received?

Be present in every moment. It's made me a more active listener, a better friend and happier in general.

I'd lose the pleasure and experience of moments allowing my mind to drift ahead, or pulling out my phone to capture things to share on social media.

Now, I'm so focused on the present, even though I plan for the future. Being in the now reduces stress for me.

What’s something people would be surprised to know about you?

Grease is one of my favorite movies, and I can recite every word of the movie, songs included.

If you could have dinner with any three people in history, who would it be and why?

Ben & Jerry. That may be cheating, but they were the first CEOs that I learned about who incorporated social responsibility into their business model.

Dianne Warren. She's a songwriter, and I've been a fan of her work since I was like 10. She's written for everyone from Patti Labelle to Celine Dion, and she has a career of hits that spans over 30 years. I wanted to be a songwriter when I was growing up, so it's fitting.

Jay-Z, because anyone that really knows me knows I keep a Jay-Z line on hand to transition conversations or pass along advice.