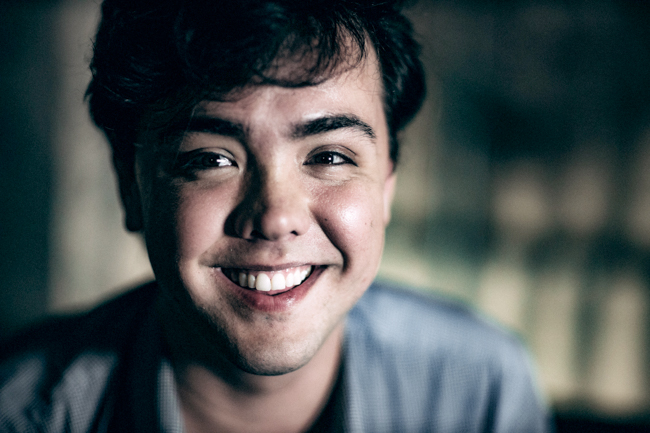 When Stephanie Cho moved to Atlanta about five years ago, she got a hard dose of reality while watching the Atlanta Pride parade. There was one group of Asians in the parade, and they were marching behind a sushi restaurant.

“It was really upsetting to me,” Cho told Q. “I felt how not empowering this was. It just felt so outdated and bullshit, like something I hadn’t seen since the ‘90s.”

Cho, the executive director of Asian Americans Advancing Justice Atlanta, now marches in the parade with a Korean drumming group.

“It’s really fun, it’s really lively, it’s positive,” she said. “We do Pride and see the different Asians in the crowd, and they’re like, ‘Yeah!’ That’s great, but that’s how void the representation is.”

“That’s what is important to really show — not just being Asian or being queer, it’s all of the things that it is and all of those identities and its complicated, but it’s a really wonderful thing,” she added.

Geography is a major factor in the lack of queer Asian-Pacific Islander (AAPI) representation in Atlanta, and “hardly any” AAPIs live inside the perimeter, Cho said.

“If you go outside the perimeter, there’s lot of Asians, but then the queerness is not seen because it’s not that queer in the suburban spaces,” she said.

In other cities Cho’s lived in, there are queer immigrant scenes.

“But the way Atlanta is and the geography is, you navigate either a queer space that’s black or white, or an Asian space that’s not queer,” she said.

Cho’s experiences as an LGBTQ Asian-Pacific Islander in Atlanta echoes those of several others whom Q spoke to about a lack of representation, and sometimes flat out misrepresentation, on both sides of their identity intersection.

Patrick Otsuki never felt in touch with his Asian heritage while growing up in Atlanta. He finally found himself around more people of Asian descent when he enrolled at Emory University, but had a rude awakening when he entered LGBTQ Atlanta circles.

“Once I entered the world of gay bars and dating apps, my surroundings fed me the idea that I was less valuable because of my Asian-ness and even caused me to play up my whiteness and avoid addressing my ethnic background that my Asian coloring and features gave away,” he said.

“Time has shown me how goddamn valuable I am,” he added.

Media has desexualized Asian men and fetishized Asian women for decades, said Otsuki, who is a professional dancer with ImmerseATL and sometimes-drag performer as Geneva Blaus.

“The two concepts have made a toxic collision in the cis gay male community,” he said. “Asian men are made to feel unworthy of sexual interest or are only valid sexual partners if they are extremely submissive.”

“Representation in the film industry and media is heavily focused on white cisgender actors and actresses rather than actual POC and the LGBTIQA+ community,” she said. “I feel that not seeing enough representation in the media can have a huge impact on queer AAPIs because we feel as if seeing a white cisgender individual is considered more of the norm than someone who looks just like me.”

Asian culture and the lack of representation and conversations about LGBTQ issues among Asians hinders people from even coming out, Madhani asserted.

“For Asian communities, the family element is such a core part of our upbringing, and our culture and tradition heavily revolve around how we are raised,” she said. “We are a part of several marginalized communities already and the fear of retribution is much too often very real. It can affect every aspect of our lives if we are not careful.”

Otsuki isn’t the only queer AAPIs to find a way to express his intersectional identity through drag.

Bentley Hudgins, a queer political activist and this week’s Q cover model, does his take on kabuki theater through his drag persona Shi, which is the Japanese word for the number four and a play on the English pronoun.

“It’s a way for me to connect to my culture and find out about myself and what my culture means to me,” he said. “That’s the whole reason why I do all this.”

But it upset Hudgins to find several non-Asian drag queens in Atlanta doing what he called “that ignorant ass geisha look” in their acts.

Hudgins primarily wears kimonos and other ensembles that he designed and collaborated on with costume makers. But he’s been criticized for something non-Asian performers haven’t been.

“One girl came up to me and said my outfits were so predictable,” he said. “When other girls wear the same exact outfit, shape and same patterned fabrics, it’s called branding. It’s a double standard.”

Kai Deserai, who does drag in Atlanta and Athens, said that his ethnicity often turns people away.

“’No fats, no femmes, no Asians’ is very real, especially considering I'm already two of the three,” he said.

But drag has given Deserai a chance to draw artistic inspiration from his heritage.

“Doing that helps me learn to love myself even more, and better yet, lets me showcase something that a lot of people don't usually see,” he said. “Being memorable is crucial to anyone in this industry, so I'm thankful that my race has become one of my many ways to achieve that.”

There aren’t many Asian drag queens in Atlanta, and Deserai has one theory why.

“Since a lot of Asian people in America are taught to dislike parts of themselves — whether it be the way we look or how we act — and when you throw in the pressure to conform that Asian cultures often have, it can really hamper one's self-confidence, which is pretty damn necessary to be a drag queen,” he said.

Deserai hopes that showcasing more Asian talent will bring the issue of representation — and more AAPI drag artists — into the spotlight.

Queer AAPIs on the Move

Madhani worked on Park’s successful 2018 reelection campaign, and the legislator is now mulling a run for the U.S. House of Representatives.

A slow but steady stream of Asian representation in media has been building in the last couple of years, and it has helped Otsuki embrace his background, he said.

“The film ‘Crazy Rich Asians’ makes me feel worthy of love, musical artists like Mitsky and Karen Oh make me feel heard, and queens like Kim Chi and Gia Gunn make me feel seen,” he said.

“Younger queens like Plastique are some of the best examples of the effects of representation, as she grew up with positive images of Asian drag queens through watching the show herself,” Deserai said. “To a young queer kid, seeing something like that on TV can be absolutely life changing.”

Hudgins is talking with Southern Fried Queer Pride about organizing an all AAPI drag show during this summer’s festival, and Deserai is on board with that idea.

“With the rising success of all African-American drag shows like Atlanta's own Neonblk, I think an all Asian drag show would add a new and refreshing splash of culture to the Atlanta drag scene,” Deserai said.

Asians American Advancing Justice Atlanta started a monthly group called Q&A for queer Asian youth. It creates an inclusive space for both the youth in the group, as well as the adults who run it.

Wan, who is now executive director of Horizons Atlanta, is scheduled to moderate a panel discussion called “Asian LGBTQ Southern Voices” on May 1 at the Center for Civil & Human Rights. Panelists include Cho, Park, out sports advocate Amazin LeThi, and Stan Fong, who is co-chair of the National Queer Asian Alliance. The event is timed to kickstart Asian Pacific Islander Heritage Month.

For Otsuki, all these developments showcase the richness of Atlanta’s queer AAPI people.

“I think people need to realize that there are so many stories to be told, and they don't have to look or sound like what you're used to in order to be compelling,” he said.

Q would like to thank Bentley Hudgins (top photo by Mark Morin), for suggesting this feature, for sharing his vision and alter ego, Q covergirl “Shi,” and for introducing us to these four other fabulous queer Atlantans as sources. Check out their photos below: