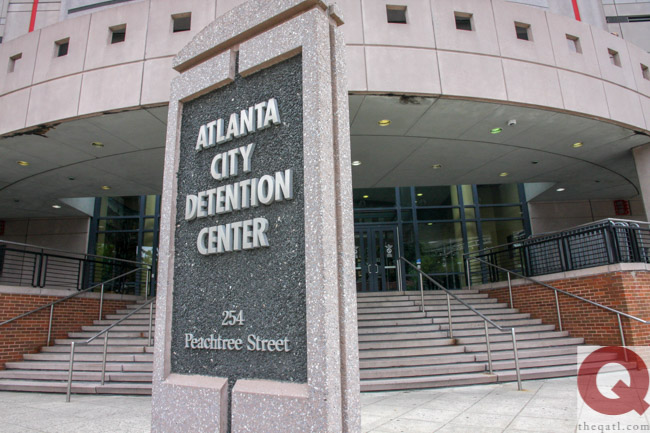 A coalition of progressive groups with LGBTQ ties is calling for the Atlanta jail to be closed and converted into a wellness center that would help combat the city’s HIV epidemic.

“The extra jail has never been about improving public safety,” Winn said in a press release. “It’s been used to hide people who are really struggling. Let’s turn the building into something that helps people instead of hiding them.”

Women on the Rise is joined in the campaign by the Racial Justice Action Center — an anchor group to the transgender-led Solutions Not Punishment Coalition (SNaP Co).

Atlanta City Council members toured the facility last October, and a resolution calling for the jail to be closed is under consideration, according to the Marietta Daily Journal.

Atlanta Mayor Keisha Lance Bottoms last August called for the jail to be sold, citing the cost to maintain the facility and a steadily declining inmate population.

“We applaud the mayor’s public commitment to close it,” said Carla Taylor, an organizer for Women on the Rise.

Taylor, who was once incarcerated in the jail, said she wants to see it turned into “something that benefits the very people who have been harmed by what it has been.”

Members of the Close the Jail ATL campaign will unveil preliminary plans for what they’re calling the Center for Wellness & Freedom on Tuesday at the Center for Civic Innovation.

Toni-Michelle Williams, the transgender leadership development coordinator for SNaP Co, said last December that the jail should be closed “so that working class black and brown won’t sit in a cage so that the city can profit from traffic violations and accidents.”

UPDATE | Organizers announced that the unveiling of preliminary plans on Tuesday is postponed due to weather. The event will be rescheduled, but they did not set a date.