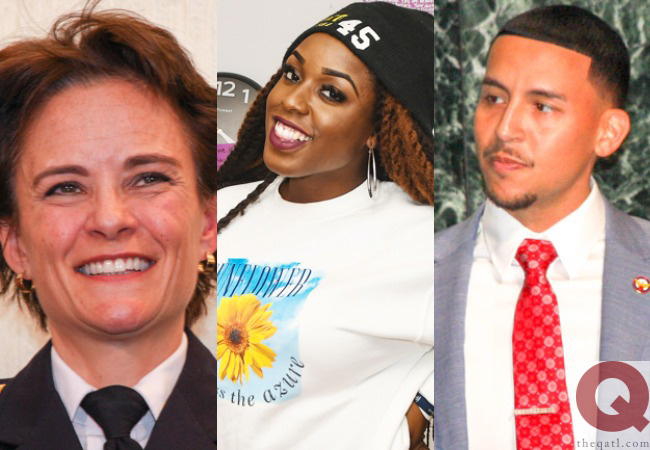 Atlanta Mayor Keisha Lance Bottoms named at least six LGBTQ people to a task force that will decide how to repurpose the Atlanta City Detention Center.

Bottoms said it was a top priority of her administration to convert the jail into something more productive.

“This Task Force reflects strong local leadership, willing to help us progress towards a safer, and just city,” she said in a statement. “It is my hope this building will serve as an epicenter for resources, education, and training for the community. With the help of these members, I am optimistic that what is reimagined will be the future of One Atlanta.”

Two other LGBTQ people were appointed to two other groups advising the task force. Atlanta Police Chief Erika Shields (photo left) will serve as one of 14 ex officio members of the task force. Xochitl Bervera, director of the Racial Justice Action Center, will serve on a nine-member task force advisory group.

LGBTQ activists, including Bervera, called for the jail to be converted into a wellness center that would help combat the city’s HIV epidemic in January.

“ACDC’s $32.5 million operating budget could be used for services that can stabilize people’s lives, giving them a real chance,” Bervera said at the time. “HIV services, affordable housing, quality child care and re-entry programs will ensure our collective safety and wellness.”

The first Reimagining ACDC Task Force meeting, which is open to the public, is July 16 at Atlanta City Hall.