LGBT refugees may cockblock your Grindr

Grindr is all about viral marketing. Selling your chest as one of gay Atlanta's best. Even pitching your meat as part of a culinary three-way. But do guys cruising to quench their thirst really want to think about the plight of LGBT refugees?

Probably not. But boot up the cruising app and this may cockblock you:

Recent events have many GLBT Africans living in fear more than ever before but you can make a difference. Tap 'More' to donate to ORAM and help protect gay refugees as they flee persecution on their way to a much better tomorrow.

What a boner kill. It's a worthy cause – the pop up ad clicks through to the donation page for the Organization for Refuge Asylum & Migration. But it's not quite what you're expecting when you log into Grindr. Give ORAM credit, though, for using a sexy guy model for their cause. A face pic on Grindr can help seal the deal. 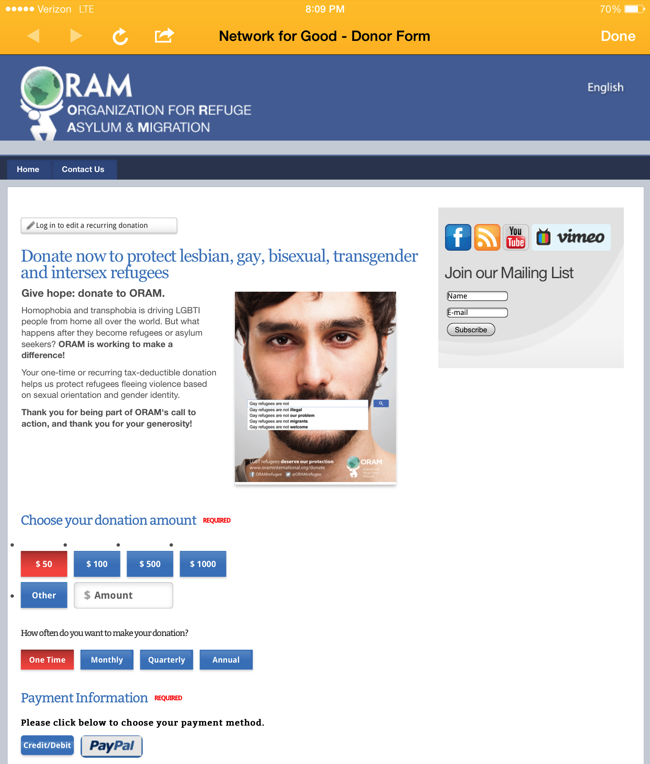