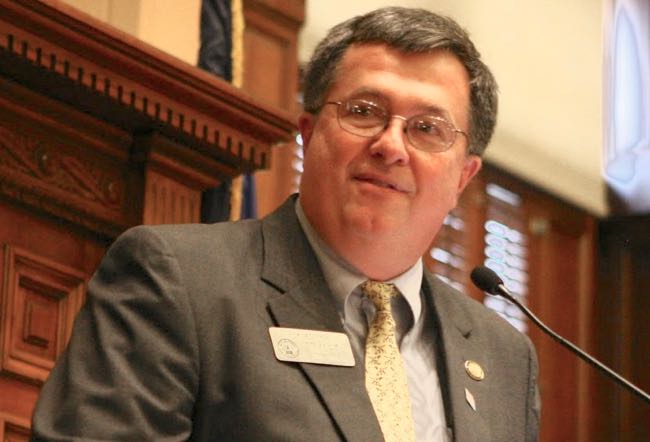 A bill to prevent discrimination in private school student scholarships is meeting resistance in the Georgia House as a powerful lawmaker said any legislation that extends protections to LGBT people is unlikely to pass.

The bill would make changes to a controversial program that provides state tax credits to individuals and corporations if they donate to certain non-profit scholarships funds that serve K-12 students. The student scholarship organizations provides scholarships to students to attend private schools, including religious institutions that can discriminate against LGBT students and employees.

Burnough’s bill adds a non-discrimination clause to the programs that qualify for the scholarships:

“Does not discriminate in hiring or admission on the basis of actual or perceived race, color, religion, sex, national origin, gender, sexual orientation, disability, or gender-related characteristics.”

During the hearing, legislators on the committee peppered Burnough with questions about language in the measure and whether or not federal law already prevents discrimination.

“I have circled the word perceived, trying to get a grasp really on what that means in the context of this,” Rep. Chuck Williams, a Watkinsville Republican and vice chair of the committee, told Burnough.

“Do you have any thoughts, if this bill were to become law, sort of how that issues of perception would be judged and dealt with? It sounds like to me that could be a very gray, subjective area. I am just curious about whether or not we might be creating problems for the students or the institutions,” Williams said.

The non-discrimination language in the bill mirrors, for instance, the proposed federal Employment Non-Discrimination Act, which prohibits “employment discrimination on the basis of an individual’s actual or perceived sexual orientation or gender identity.” The “actual or perceived” phrase is intended to prohibit discriminatory acts based on the perception of one’s identity – effeminate men who are assumed to be gay, or Sikhs are confused with Muslims, for example – whether or not someone does, indeed, belong to that group.

Burnough, along with other Democrats on the committee, agreed that the language could be made clearer.

“I am going to look at the language and see if there’s something else that maybe needs to be in there, another word other than perception, or a way to make it clearer,” Burnough said after the hearing.

Jasperse also asked if the non-discrimination clause in Burnough’s bill was covered by federal law.

“I’d also like for you to do a little investigation, representative, and prove to the committee that this isn’t covered by federal law,” Jasperse said.

The schools receiving the funds are bound by current federal law, which prohibits discrimination based on race and other characteristics. But discrimination based on sexual orientation and gender identity are not included in federal law, although there have been limited judicial rulings that have widened the definition of sex to cover LGBT people.

After the hearing, Jasperse said it was unlikely that a bill that expands the scope of protections beyond federal law would pass. The committee did not take action on the legislation.

On Feb. 24, the House Ways & Means approved a measure from Rep. Earl Ehrhart and other Republicans to boost the amount of tax credits for the scholarships from its current $58 million to $100 million. Ehrhart, who helped create the student scholarship program, is CEO of an organization that provides scholarships to high-income families. The Marietta lawmaker also has a history of opposing LGBT equality and mocking LGBT people.