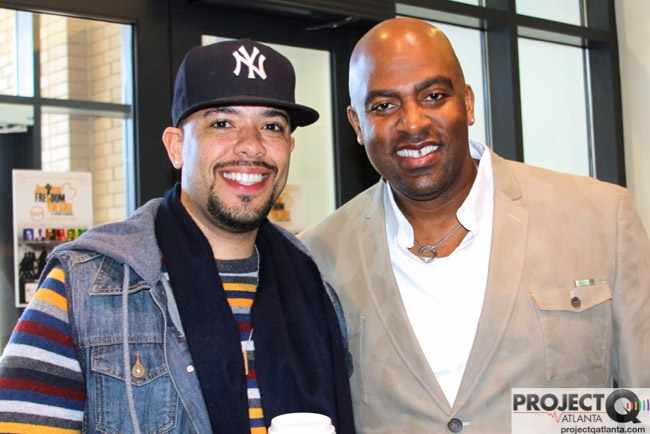 As Atlanta embraced its cornerstone status in the civil rights movement on Monday for the 47th time, an ever-growing LGBT contingent honored their place in the struggle with the Rustin-Lorde Breakfast.

The “Justice Freedom and Desire” theme played out as meticulously outlined by organizers with speakers from the worlds of activism, religion and advocacy on the roster. The crowd of hundreds enjoyed food and fellowship in the larger space provided by the Loudermilk Center for the first time during the event that remembers the legacy of activist Bayard Rustin and poet Audre Lorde.

Atlanta Pride and HRC volunteers performed their MLK Day of Service by making, serving and cleaning up the meal. The event that puts the gay in the holiday preceded the annual citywide march and rally, which again featured an LGBT contingent and 2015’s LGBT Honorary Grand Marshal Mickyel Bradford.