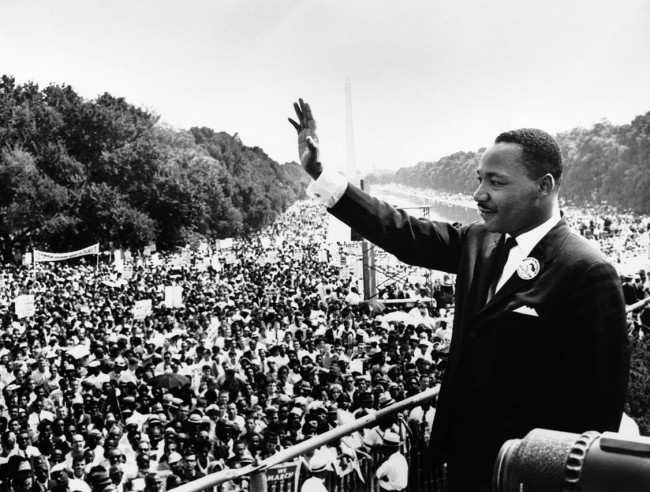 The commemoration of the Martin Luther King Jr. holiday in Atlanta on Monday will be a decidedly lower-key affair than a year ago, though there’s still a popular LGBT breakfast to mark the occasion.

On Jan. 20, Rev. Rick Warren headlined the Martin Luther King Jr. Annual Commemorative Service and was greeted by a noisy protest. About 75 mostly gay and lesbian people stood across the street from Ebenezer Baptist Church, where Warren took part in the annual service, and chanted their disapproval for the selection and the California pastor’s views against marriage equality and other progressive causes.

Organizers of the protest said they wanted to express their opposition to the King Center’s selection of Warren to take part in the MLK services. 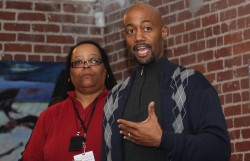 But this year, the commemoration is expected to return to its quiet past. On tap among a crowded schedule is the 9th Annual Atlanta Bayard Rustin-Audre Lorde Breakfast. The event this year is shifting to the gay-friendly Saint Mark United Methodist Church and will feature a conversation among veteran gay and lesbian organizers about black LGBT groups in the 1980s and 1990s.

Participants will also learn about challenges facing local AIDS advocacy efforts. The event is free and open to the public, though donations are encouraged.

From the event invitation:

The breakfast was founded in 2002 to achieve the following goals:(1) to provide attendees the opportunity to connect before participating in the Martin Luther King Jr. March; (2) to educate communities about the life and contributions of Bayard Rustin, Audre Lorde and other activists; and (3) to enhance mutual support and continued learning among participants engaged in social justice work.

Last year, about 100 people filled the basement of Positive Impact for the breakfast, which included a panel discussion with longtime gay activist Craig Washington (bottom photo with Darlene Hudson) and local activists and bloggers.

After the breakfast, participants will join the annual Martin Luther King Jr. March & Rally. State Rep. Simone Bell, who recently became the nation’s first openly lesbian African-American state lawmaker, will speak at a rally after the march. The march begins at 1 p.m. and gay and lesbian participants will gather at the intersection of Peachtree and Ellis streets at 12:45 p.m.

Rustin, who was gay, was a civil rights activist and top lieutenant to King. He was also the main organizer of the 1963 March on Washington. Lorde was a lesbian poet, author and activist.