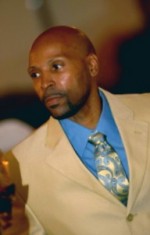 The giant Black Gay Pride official lineup becomes colossal when you start counting supplemental events like the bevy of authors at Outwrite and Charis bookstores over Labor Day Weekend.

Many of the events also honor the Atlanta Queer Literary Festival‘s programming at the Decatur Book Festival, making it a big weekend indeed for bookworms.

Charis gets the ladies going Friday with a meet-and-greet with some popular lesbian fiction authors while they’re in town. Fans can mingle with and get their favorite books signed by the likes of Radclyffe, Fiona Zedde, Skyy, JM Redmann, Z Egloff, Kim Baldwin, VK Powell, D Jackson Leigh and Jane Vollbrecht.

Outwrite really outdoes itself for the extended weekend, starting Friday with not one, not two, but three best-selling African-American authors. Mike Warren and Dwayne Vernon start things off steamy. Warren brings his “Sweet Swagger,” and Vernon (photo) serves up “Deception, Lies and Truth.” Both are twisting, turning, drama-filled romps.

But the evening doesn’t stop there. Stay around for T.D. Faison‘s “12.6: Blessing or a Curse.” The 12.6 of the title is measured in inches, friends, and the book investigates whether bigger really is better. You decide.

The bookstore keeps it up on Saturday with four more wildly popular writers. In the afternoon, get serious with award-winning authors Winston James and Shawn Stewart Ruff. James reads and signs his new raw, searing poetry collection about black gay culture, “The Damaged Good.” He appears alongside the young and talented Ruff with his debut, “Finlater,” a coming of age story set in 1970s Cincinnatti that’s getting tons of buzz.

Ruff is also a highly-anticipated part of the AQLF programming block at Decatur Book Festival the following day.

After that, Outwrite fans won’t even be able to take a breath before lesbian writer Nikki Rashan makes them breathless again with “Double Pleasure, Double Pain.” In it, a 26-year-old woman who must face a choice between her lopsided relationship with a boyfriend or submission to unfamiliar passions with a new female friend.

Outwrite closes out Saturday evening with Rodney Lofton and his “No More Tomorrows.” The author of “The Day I Stopped Being Pretty” brings his gorgeous writing to this heart-tugging love story.

Sunday is no slower for Black Gay Pride weekend at Outwrite. The DVD release party for the second season of “The Lovers & Friends Show” celebrates the groundbreaking internet series about six, multi-ethnic lesbians and their friends and lovers. The party leads directly into one of the most talked about author events of the whole weekend.

Harris is credited as a pioneer who wrote frankly about gay and bisexual subject matter and exposed many mainstream readers to black gay characters for the first time.