LGBT Atlanta celebrates in the streets with Pride parade 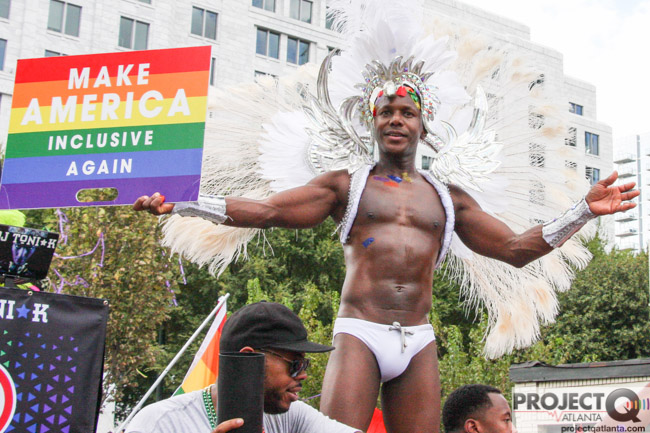 Thousands of people crowded Peachtree and 10th streets on Oct. 15 to cheer on the Atlanta Pride parade and hundreds of floats and tons of participants.

The hours-long event offered Dykes on Bikes, scores of political candidates, LGBT first responders, non-profits, people of faith, brands from across the globe, eight grand marshals and Mayor Kasim Reed enjoying his last ride in the parade as the city's chief executive.

The rainbow revelry through Midtown wasn't even bothered by rowdy – and vulgar – protesters who again tried to convince “wicked, dirty” parade watchers to repent.

Before the parade, dykes marched a day earlier and so did transgender people. A kickoff party at the Georgia Aquarium got the 47th Annual Atlanta Pride Festival started in style.