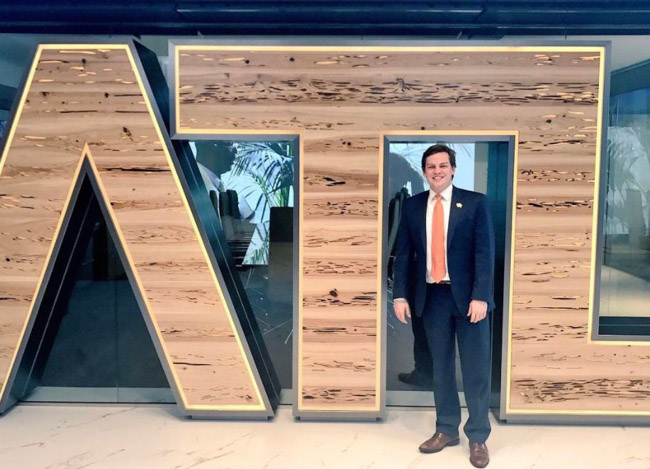 Educator and non-profit leader Matt Westmoreland – also an elected member of the Atlanta Board of Education – has set his sights on winning a seat on the Atlanta City Council to continue building an “equitable, inclusive and diverse city.”

Westmoreland, 29, is running for the Post 2 At-Large seat on City Council, one of at least two candidates already in the race. The former teacher and current assistant director of Horizons Atlanta, a non-profit that operates summer programs for underserved students, is the District 3 representative on the school board.

“I grew up in, and want to continue living in, and help Atlanta be even more of an equitable, inclusive and diverse city,” Westmoreland said. “Those three things are very important to me.”

Westmoreland hopes to replace Mary Norwood on City Council. Norwood is not seeking re-election to the citywide post and instead has joined a crowded field of candidates for mayor. Westmoreland faces Cory Ruth in the City Council race, though other candidates could join the field.

Westmoreland lauded the LGBT-inclusive policies of Atlanta Public Schools as part of his own pro-LGBT credentials.

“Whether it’s APS taking part in the Pride parade every October, whether it’s passing a resolution in January after Donald Trump’s election reinforcing that APS is a welcoming place for all kids — regardless of race, color, gender, gender identity, sexual orientation, disability — it’s been important for me as an elected official to advocate for inclusion and to call out discrimination where it exists in the school system and anywhere else,” Westmoreland said.

In April, Westmoreland attended the HRC gala and was among several non-LGBT candidates seeking to court gay Atlanta support.

“It was awesome,” Westmoreland said of the event. “A lot of joy, a lot of love, a lot of just pride in that room. And so I was grateful for the opportunity to be there.”

“I hope that now and in the future, I can be an elected official that they would consider to be a partner and an advocate and an ally,” he added.

“To the extent that all our elected officials can call out discrimination for what it is, and for not taking the support of anti-LGBT individuals or anti-LGBT groups, I don’t think discrimination has any place in city government,” Westmoreland said.

Ruth told Project Q Atlanta in May that his connections with anti-LGBT stalwarts including U.S. Sen. David Perdue, state Rep. Kevin Cooke and state Sen. Hunter Hill show that he’s an influencer with bipartisan appeal that can press others on LGBT equality and human rights issues.

“I want you to see that these are the types of people I have friendships with, as I said earlier, on both sides of the aisle. I intend to be an influencer, that’s what leaders do,” Ruth said at the time.

Westmoreland said he also wants to work on improving the city’s efforts around HIV/AIDS by strengthening the city’s relationship with Fulton County. Currently, the county is leading the way with an aggressive plan to eradicate HIV in the county and improve its care for those with the virus.

“I think, to the extent that we can be a stronger partner with Fulton County and the efforts that the commission is doing to address HIV and AIDS in the county and in the city is really important,” he said.

He also highlighted how Atlanta Public Schools transitioned away from using the Atlanta Police Department and created its own police force.

“We’ve adopted a community policing model that integrates officers into the community a little better. I know I keep pivoting back to APS, but we actually launched our own police force this [school] year,” Westmoreland said.

“We’ve seen a significant improvement in the environment and the incidents that are happening in our schools,” he said.

Transparency in governance also became a priority for him during his tenure on school board.

“When you are in charge of a billion dollars, it became very important to me to make sure we were spending people’s dollars as efficiently and effectively as possible, and that we were as transparent as possible about where people’s tax dollars were going,” Westmoreland said.

“I think it’s very important to carry those values across the street,” he added.

Westmoreland’s four-year term on the school board closes at the end of 2017.