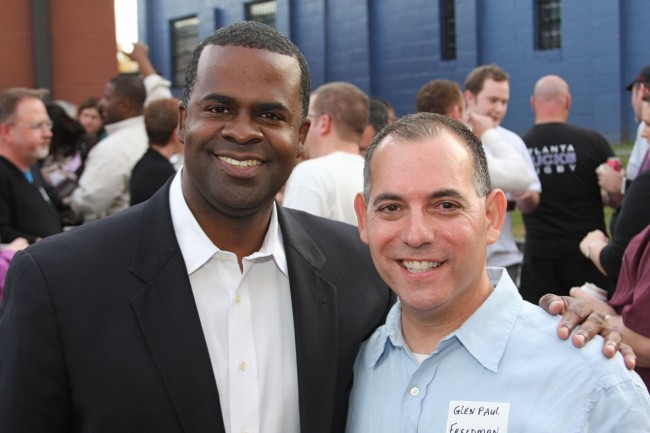 With the potential for the votes of Atlanta’s LGBT population to play a pivotal role in the mayor’s race, there’s this interesting twist: Longtime LGBT activist Glen Paul Freedman is backing Kasim Reed.

The public announcement highlights the growing rift among LGBT activists and voters over the mayor’s race, with support splitting among Reed and Mary Norwood. Freedman, a longtime activist who’s worked with most every major LGBT group in town, backed Reed two weeks after his pick in the mayor’s race — Lisa Borders — placed a disappointing third in the Nov. 3 election. Freedman is Borders’ executive assistant at City Hall and volunteered for the Borders campaign.

Freedman says his work with Reed over the last decade led him to back his mayoral campaign. Freedman was also named a senior adviser to the Reed campaign, a position he describes as a a non-paid volunteer role.

“Sen. Reed has delivered concrete results, which have translated into progressive policies that level the playing field and provide additional protections to the LGBT community,” Freedman says. “Sen. Reed has stood shoulder to shoulder with the LGBT community as a true friend at every turn and every fight in Georgia. He has a 100 percent voting record from Georgia Equality. I am certain he will deliver the same results as the mayor for the City of Atlanta. And as important, I believe Reed has the experience necessary to fix Atlanta’s current financial situation and make our city streets safe again.”

The split in LGBT support for Reed and Norwood appears to be over gay marriage. Norwood supports marriage equality while Reed stops at backing civil unions. On other key gay issues, the positions of the candidates are similar.

Photo: Glen Paul Freedman (right) with mayoral candidate Kasim Reed at the dedication of the Phillip Rush Center on Sunday.