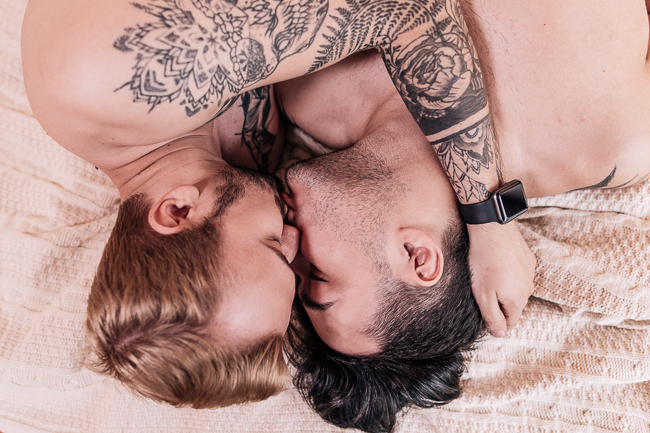 Q’s 2019 Sex Survey got down and dirty with our readers, and the results are in. This week, we run down what hundreds of LGBTQ respondents had to say about doing it in the ATL.

Just for fun, to spark some discussions, and to see if we could spot any trends, we posted an online sex survey for three weeks in July.

The survey provided some insights into a broad swath of local LGBTQs, but the preponderance of gay male respondents, and wide variance among queers in general, was enough to warrant a second feature in our sex issue.

For even more insights, check out 10 Things About Lesbian Sex, which is inclusive transgender lesbians, in this issue, and notes on methodology from our editor.

11% Boyfriend or Girlfriend or Themfriend

Respondents chose one or more answers. Here’s where we meet sex partners:

Oh hey: 8% of those responding have their nudes widely available on the internet

Other than the bedroom, the most popular places to have sex were outdoors in parks, campgrounds and the woods with 27% of responses. Balconies and in front of windows came in second with 14%, living rooms and public restrooms came in third with 13% each. Sex in the living room came in fourth.

Interesting one-off responses: College classrooms, office, and “only in the corners of my mind.”

55% of LGBTQ Atlantans in our survey have or have had sex with the opposite sex. 43% Have not. 2% Would rather forget, and one person is not sure (?).

About two-thirds of you are versatile when it comes sex roles. Verse Tops are pretty evenly matched with Verse Bottoms (27% to 24% respectively), and 24% of overall respondents label themselves as Totally Versatile.

One person’s soliloquy: “Would rather bottom, but I grudgingly top when requested because of the bottom to top ratio in this city.” But is it true? See below:

Only 18% Bottom & Submissive. Atlanta’s famous “total bottoms”? Not as big a percentage as legend would have it. Then again, only 11% call themselves “All Top.”

60% of respondents say that they have never paid or been paid for sex. 15% say once, another 15% say sometimes, and about 9% say that we all pay for it one way or another. A little less than 2% say “all the time.”

Underwear & lingerie were the top fetish with 40%, Leather came in second with 32%, and Younger or Older made 31%.

More than three-quarters (78%) of our survey say they use sex toys, with 51% reporting multiple options in their nightstand. 21% say they don’t own or use sex toys, and one person prefers to make their own.

Atlanta is all about its groups and throuples. 82% have had sex with more than one partner at the same time. Of those, more than about half do so occasionally or all the time.

I Never: 18% have never had sex with more than one person at the same time.

47% of LGBTQ Atlanta respondents prefer condoms for STD prevention. 37% said PrEP or TasP is in their arsenal. 3% report using birth control devices for vaginal safety, and 8% limit themselves to non-insertive sex. 27% combine or alternate these methods.

Three out of four queer Atlanta respondents have cheated or helped someone cheat on a relationship. Of those, 29% regret it, 31% would do it again under the same circumstances, and 9% cheat or help cheat regularly.

While this survey provided some insights into a broad swath of local LGBTQs, the preponderance of gay male respondents, and variance among us in general, was enough to warrant a second feature in our sex issue. For more insights, check out 10 Things About Lesbian Sex, which is inclusive transgender lesbians, in this issue, and notes on methodology from our editor.

Pick up a new edition of Q each week at queer and LGBTQ-allied venues around Atlanta.