Leslie Jordan should be ‘Dancing With the Stars’ 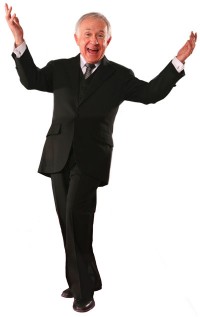 It doesn’t take much for gay Atlanta to jump on any train Leslie Jordan is conducting. So we’re betting that many of you will join the comic actor’s latest campaign to be on “Dancing with the Stars.”

With a rabid Southern fanbase for the diminutive dynamo’s held-over autobiographical one-man shows “Like a Dog on Linoleum” and “My Life On the Pink Carpet”—and of course iconic gay roles on “Will & Grace” (Emmy!) and the “Sordid Lives” play, movie and TV series—why wouldn’t we want more Leslie on national TV? We would, damn it!

The man synonymous with high living–including in Atlanta–in his younger years and his characters-made-flesh “Beverly Leslie” and “Brother Boy” makes it easy to join his campaign to be on TV’s schlockiest, inexplicably popular competition.

Just click “Like” on his Facebook page We Want Leslie Jordan On Dancing With The Stars!, and you’ll be part of the 4,000-strong movement to make it happen.

You’ll also be in on Leslie’s pleas to reverse the show’s past decisions to decline his appearance on the show. Here’s the funnyman’s latest video stumping from support from a makeshift hospital bed. Poor thing is so put-out, he’s taken to bed! Help: