Leslie Jordan gets a little dirty with Atlanta stops 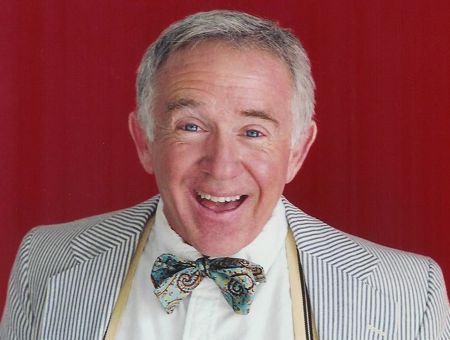 Gay funnyman Leslie Jordan returns to Atlanta this week to fine tune his stand-up craft and go to church.

That’s right. The cocktail-toting arch-nemesis of Megan Mullaly in “Will & Grace” and Brother Boy of “Sordid Lives” makes two stops in Atlanta this weekend, along with attending a church reunion in Chattanooga with his mother and two sisters.

“I’m coming home,” Jordan says in a phone interview from Los Angeles, after finishing a late breakfast. “My mother asked me if I would please come home for the church reunion. I’d rather get beaten with a stick – my Baptism never did take. But I thought while I’m home, I could work out some of my stand-up comedy stuff.”

So Jordan stops at the Thursday Night Cocktail @ Trois and Le Buzz on Saturday for shows that he promises will venture into the dirty sort of material some fans may not be accustomed to hearing delivered from him and his Southern twang.

“I’ve been trying out some really dirty material and people love it, but I don’t feel good about it sometimes. It is just filthy. I’ve found that when you get in front of an audience that has been drinking, it’s hard to hold their attention unless you are a little dirty. We’ll see where it goes,” Jordan says.

This from the entertainer that always seems to make his way to Swinging Richards, the gay strip club, each time he visits.

“I love Atlanta, but if I could just stay away from Swinging Richards, it would just be fine. I just spend all of my money and that’s where I always seem to stand up,” Jordan says.

The Atlanta stops are helping fine-tune material as he prepares to tour with Del Shores, Caroline Rhea and others from the cast of “Sordid Lives” in “A-Sordid Tales.” Tour dates are still being scheduled, so Jordan is unsure if he’ll make it back to Atlanta with the show.

Logo recently declined to pick up a second season of the half-hour “Sordid Lives,” though Jordan says he sees the cancellation as a mixed blessing.

“There is not going to be a second season of ‘Sordid Lives.’ I don’t know where we went wrong. It’s the end of the road for Brother Boy. I’m sort of glad. It’s been years of getting in that damned outfit,” Jordan says.

But he may not be away from the small screen for long. Jordan says he recently completed shooting the pilot of a new sitcom for Lifetime. You know, the network for women that is now reaching out to gay viewers thanks to snatching “Project Runway” from Bravo.

“Alligator Point” is based on the town of the same name on the Gulf Coast of Florida. Jordan plays a Baptist preacher who scandalizes the town by coming out. He joins Cybil Shepherd in the pilot that is produced and directed by Kelsey Grammer.

“It’s ‘Cheers’ in an oyster bar. It is very smartly written and I’m hoping it will go to series because I would then be able to stay in L.A., which is my home, at least eight months out of the year. I am so tired of selling my pussy all over the country. I am ready to get a good situation comedy and stay put.”