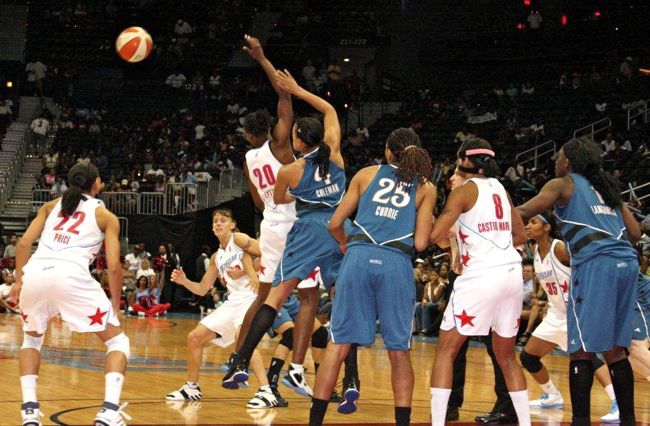 Lesbian fans converged on Philips Arena Sunday for the Atlanta Dream’s last regular season game, which also served as a benefit for one gay non-profit with members of two other LGBT groups also on hand.

All of that lesbian love, despite stylish and sexy Dream center Yelena Leuchanka’s recent comments that the sport’s athletes “all look like guys” and women’s basketball would draw more male fans if it glammed itself up. 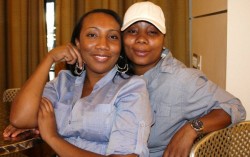 The afternoon served as an occasion to wish the Dream well, as they open their second-ever playoff run on Wednesday on the road against the Washington Mystics as the No. 4 seed in the Eastern Conference.

On Sunday, the Decatur Women’s Sports League organized a benefit for the Atlanta Lesbian Health Initiative, which received $10 of each $25 ticket purchased. The Atlanta Steering Committee of the Human Rights Campaign was also on hand for Fan Appreciation Day.