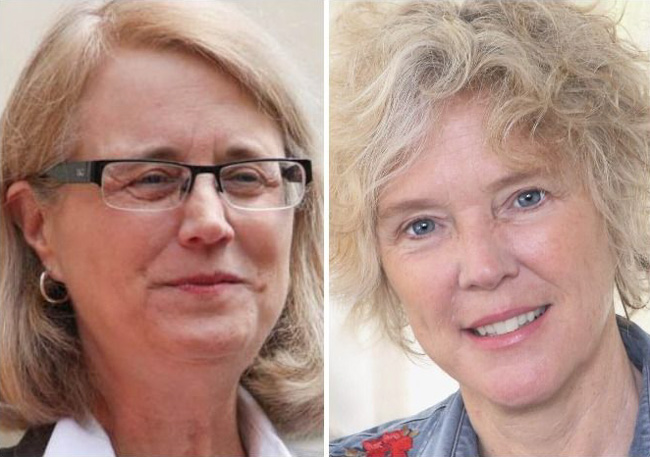 Two LGBTQ elected officials were appointed to a new task force to battle the coronavirus pandemic in DeKalb County, which has the third-highest number of cases in Georgia.

State Rep. Karla Drenner, a Democrat from Avondale Estates, and Pine Lake Mayor Melanie Hammet joined public health officials, school officials, judges, law enforcement officials and business leaders on the task force, according to a press release. Drenner (photo left) is one of the five openly LGBTQ members of the legislature, and Hammet (photo right) is one of four openly LGBTQ mayors in Georgia.

Drenner told Project Q Atlanta that the task force “represents the county as a whole.”

“All of the public safety people coupled with the business and political individuals will come together to not only communicate during the pandemic, but to collectively put together a strategic plan going forward for what we do not only during the outbreak but afterwards,” she said.

“This pandemic is a fluid situation with no standard play book or set of rules,” he said in a press release. “During this critical time in the life of our county, it is important to gather the best information and advice from experts to help us save lives and restart our economy.”

Task force members discussed the rapidly increasing number of coronavirus cases in metro Atlanta during their first virtual meeting on Wednesday, according to Hammet.

“DeKalb County and Fulton County combined have 25 percent of the cases in Georgia,” she said. “These numbers really keep you on point. It’s a very simple way not to forget what we’re moving into, which I think is a very turbulent next several weeks for sure.”

The task force will hold a virtual town hall later this month, according to Hammet.

Drenner and Hammet welcomed Gov. Brian Kemp’s announcement Wednesday that he will issue a statewide shelter-in-place order to stem the spread of the virus. Drenner joined 35 other members of the legislature calling on Kemp to issue the order earlier this month. Hammet said she issued a shelter-in-place order for Pine Lake residents on March 23.

“But once the governor says this is what we’re doing, everyone — even the naysayers — say oh, well this is something we have to do,” she said.

There are about 400 confirmed cases of coronavirus in DeKalb as of Thursday afternoon, according to the Georgia Department of Public Health. Six people have died in the county as a result of the virus.

Hammet is preparing for it to get worse.

“We’re standing on a beach watching for the tsunami, and every new data point is a ripple in the water,” she said. “So that’s how we’re looking at it.”

The task force is still being assembled, but here are the confirmed members, according to a press release:

Two commissioners yet to be appointed