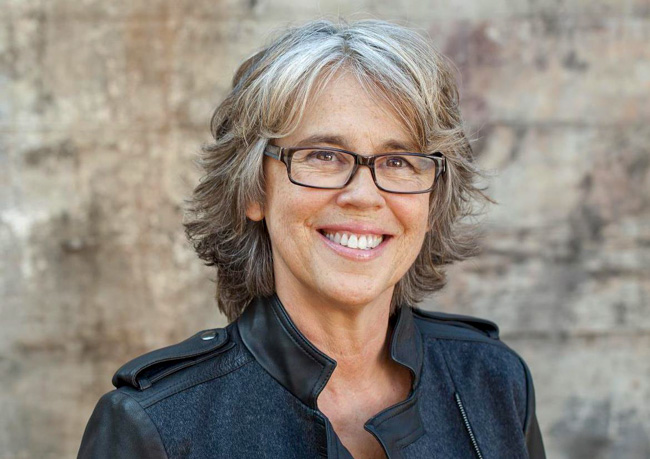 Amanda Kyle Williams overcame a learning disability on the way to becoming a bestselling author. The Decatur resident died Aug. 31 at the age of 61 after a long battle with cancer.

The lesbian crime writer found mainstream success late in life with her bestselling Keye Street trilogy of novels. The first novel in the series — “The Stranger You Seek” — was shortlisted for the Townsend Prize for Fiction and was a Shamus finalist by the Private Eye Writers of America for Best First Private Investigator Novel in 2012.

Williams took an unconventional path to literary success. She dropped out of South Gwinnett High School at age 16 and was diagnosed as dyslexic when she was 22.

“I didn’t start reading until I was 23, and today I’m still a very slow reader,” she told Georgia Voice in 2012. “Just being able to read a book was incredible. That people actually read for pleasure … and the idea of fiction was to build this whole world with words. I loved it.”

Five years after reading her first book, she told people she was going to write one.

“Everyone was like … yeah right,” longtime friend Deb Calibri told Decaturish. “You know what I’m saying? ‘That’s nice, very cool, I admire your determination.’ Then I’ll be darned, she got published.”

She wrote a series of spy novels in the 1990s with a lesbian CIA agent protagonist named Madison McGuire. One of the books nabbed a Lambda Literary Award nomination. She also freelanced with Southern Voice and the Atlanta Journal-Constitution.

Williams came out at age 15 and said her sexual orientation never got in the way of her professional career.

“My publisher has no problem with it. It’s not relevant to my books. It’s never been a stumbling block,” she told Georgia Voice. “I’ve been very lucky to have never had a problem. I’ve been accepted my whole life.”

She was diagnosed with stage 3 endometrial cancer in 2014 and teamed up with photographer Kaylinn Gilstrap to document her cancer journey in the BALD project.

Williams had a long history with Charis Books & More, holding her first book signing at the feminist bookstore in 1990.

The Charis staff honored Williams in a newsletter sent out Monday following the end of the Decatur Book Festival.

On Friday morning as we were preparing for the Festival we received word of the death of our friend Amanda Kyle Williams, who was the bestselling author of The Stranger You Seek, The Stranger in the Room, and Don't Talk to Strangers, as well as a long time advocate of the Festival. Amanda was the epitome of a community writer: generous, funny, humble, and kind. When we hosted her for book signings she brought us doughnuts! Amanda was candid about how dyslexia and other learning differences shaped her experiences as a reader and a writer and was passionate about helping aspiring authors find their way to the page. Amanda always seemed to root for the underdog–from the literal shelter dogs and cats she loved, to the multifaceted characters she created–Amanda found and made heroes in unlikely places.

We are proud to have been Amanda's hometown store and her home base for sending her signed books to her fans around the world. We have a handful of signed copies of her works left if there is a title you hope to add to your collection. Email [email protected] for specific titles. Her legacy and advocacy will live on through her books and fans, but especially in the wide community of friends, neighbors, family, and beloveds who will miss her terribly. The world is a little less witty and less compassionate without Amanda in it.

The AJC reported that a memorial service will be announced at a later date. F.L. Sims Funeral Home will be handling the arrangements.