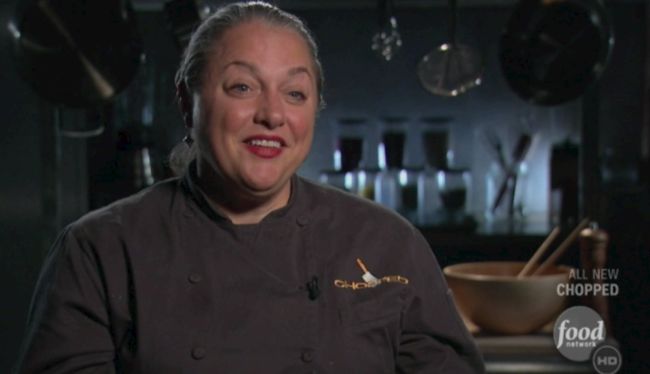 The desire of lamb balls chef Virginia Willis to gulp down a tasty half-and-half tea from Chick-fil-A has long drowned the Atlanta lesbian's concerns about the company's anti-gay antics. Until last summer. But now she's waffling. Willis (photo), thanks to a sorbet that wasn't quite sweet enough, got "Chopped" from the Food Network show in November. Now, the native Georgian is taking on Chick-fil-A, the hometown company that's been stuck in an anti-gay quagmire since last summer. She detailed her mixed emotions about enjoying Chick-fil-A's tasty offerings while the company donated millions to anti-gay causes in a post for CNN's Eatocracy blog:

For a long time, I cast a blind eye towards Chick-fil-A's corporate giving and, through my patronage, contributed to the very religious conservative groups that abhor my existence. Ah, the power of a chicken sandwich. But, when it all came to a head last summer, I could no longer ignore it. I quit supporting Chick-fil-A and said farewell to my favorite beverage, the perfect thirst-quenching combination of a half-and-half tea.

But her self-imposed ban didn't last for long. Willis picked up a half-and-half tea on Thursday morning. She's convinced that news this week showing that Chick-fil-A has stopped donating to some of its most vocal anti-gay friends -- though not all of them -- was enough to quiet her internal struggle and succumb to her Chick-fil-A desires. Or maybe not.

The recent news may have influenced me subconsciously stopping and picking up a half-and-half tea just this very morning, the first I’ve had since summer. I enjoyed it thoroughly, but going forward, I’m honestly not certain what I will do - if I will continue my renewed patronage of Chick-fil-A or not. Truthfully, I now have a bit of a bitter taste in my mouth and sadly, my once perfect half-and half tea just doesn’t taste as sweet.