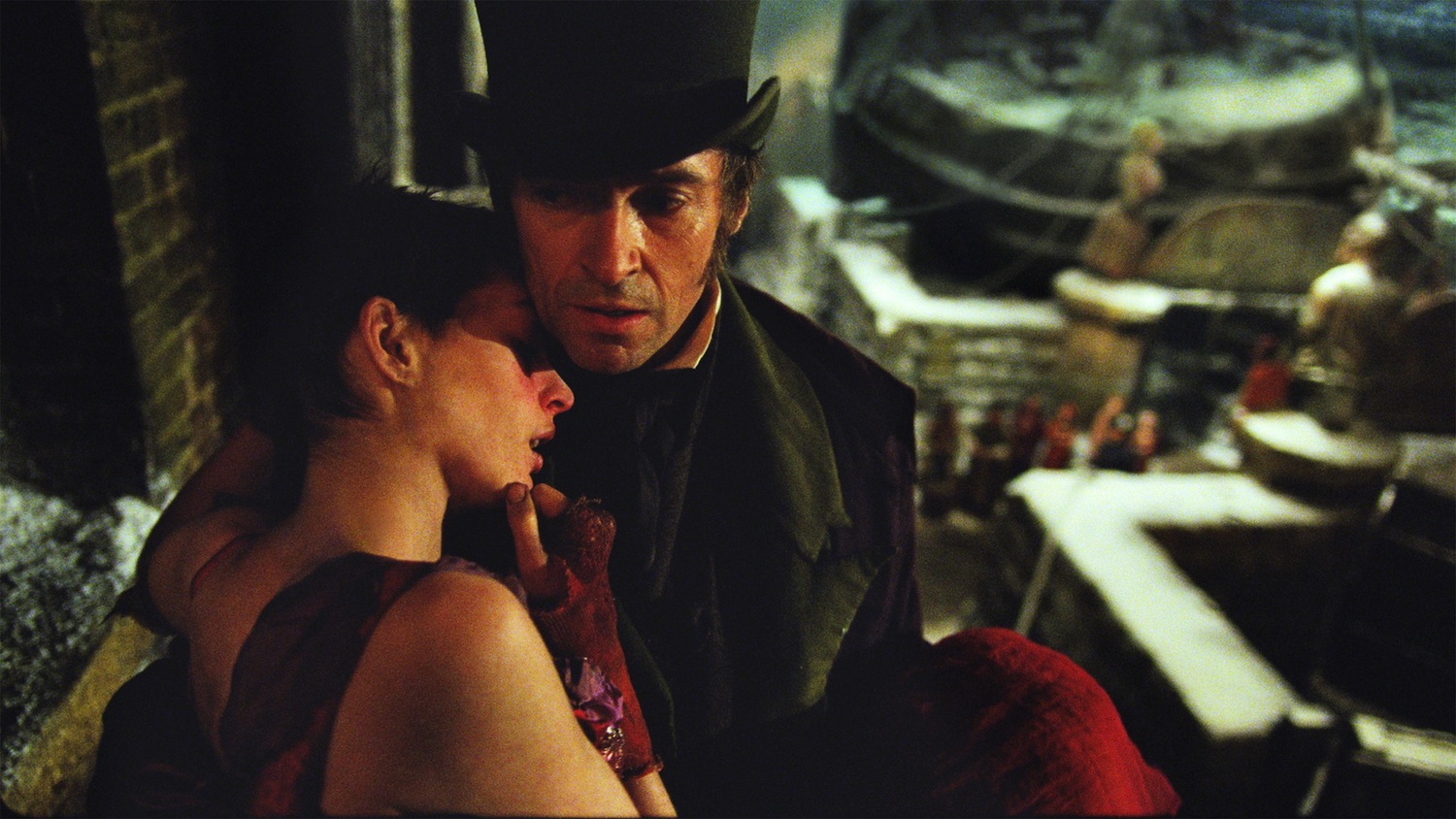 With Anne Hathaway and hotties Hugh Jackman and Eddie Redmayne, along with a score that any musical theater queen can hum in his sleep, the film version of“Les Miserables” is the gay treat of the holidays. It opened Christmas Day in Atlanta and nationwide. Some will love Tom Hooper’s bold, big screen version; others will hate it; still others will say what they’ve said about the stage musical for years – all this for a freaking loaf of bread? Like the Victor Hugo novel and the subsequent stage musical, it’s a sprawling, epic journey. Whatever problems Hooper creates along the way are redeemed by his cast and that gorgeous music. In 19th century France, Jean Valjean (Hugh Jackman) is a free man at last, having served almost 20 years for theft and various escape attempts. He breaks parole and tries to start over again, assuming another name and taking over a factory. But inspector Javert (Russell Crowe), who encountered him in prison, pursues him endlessly and doggedly. After all, a criminal is a criminal. A young woman named Fantine (Hathaway) gets fired from Javert’s factory when it is found she has an illegitimate daughter. Fantine turns to prostitution and as she gets sick, she asks Valjean to take care of her daughter Cosette. Years later, a grown up Cosette (played by Amada Seyfried) falls for baron Marius (Redmayne) as they all get ready for war and revolution. Hooper, a perfectly non-edgy, white bread director (he won an Oscar for “The King’s Speech”), is the savior of the film but also its worst enemy. His decision to have the actors sing along to (off-camera) live music isn’t that much of a factor, but his decision to frame almost every musical number in close-up can get tedious, especially in the early goings-on. He also forgoes dialogue and makes this all about the music, lessening the tension. From a technical point of view, however, “Les Mis” is ravishingly put together. Hooper has cast well, too – there’s no denying that. With the exception of Crowe – who is the most commanding actor in the bunch but not a terribly convincing singer – the cast is full of memorable players. Jackman, himself no stranger to the stage, is a perfect fit for Valjean, at least vocally. Helena Bonham Carter and Sasha Baron Cohen, who teamed in the film musical “Sweeney Todd,” are fun as innkeepers M. and Mme. Thénardier, even as they go well over the top in their performances. Seyfried also makes a lovely, simple Cosette. Much of the buzz around “Les Miserables” has been around Hathaway’s performance. She has quipped that with her short hair she looks like her gay brother. She delivers, but lord -- girlfriend knows it’s her Oscar moment. Her lips quivering, her big eyes popping open and tears the size of ostrich eggs pouring out of her, she sings a plaintive, wounded “I Dreamed a Dream” with the camera not missing a second of her anguish. Equally as effective is Samantha Barks as Eponine, who longs for Marius. Her rendition of “On My Own” is as stirring here as on stage, if slightly different. The other MVP is Tony winner Redmayne – his solo version of “Empty Chairs at Empty Tables” is one of the highlights. Like the book that started it all, the movie is long – yes – and will confuse those not familiar with the story. But in Hooper’s defense he has scaled “Les Miserables” down enough to make it fairly easy to follow. Sure, he has made some mistakes along the ride, but even he can’t completely screw it up. When the sheer power of the music takes over, “Les Mis” works. The gays should eat it up.